Rubio: Iran Could Nuke California Within a Decade

Sen. Marco Rubio warned Sunday the shores of California are only a decade away from being darkened by a nuclear mushroom cloud from Iran.

Speaking to some of the most influential Republican donors in the country at an Orange County retreat organized by billionaires Charles and David Koch, the Florida Republican sounded the alarm that Iran proses a real and short-term threat to Americans at home. Before a crowd of 450 donors, Rubio said Americans need to realize the dangers posed by an unchecked Iran, as well as rising threats from China and Islamic terrorism.

“Iran will be not just a nuclear weapon power, but will have the capability to deliver that weapon to the continental United States in less than a decade,” Rubio said. “I don’t think any of us wants to live in a country where a radical Shiite cleric in Tehran can have a nuclear weapon and an ICBM that can hit where we are sitting right now.”

Rubio is among the five Republican White House hopefuls who are meeting with key players of the political machine backed by the Kochs. In total, the groups plan to spend almost $900 million before Election Day 2016, although aides stress that the sum is not going to be spent entirely on political operations.

During an interview with Politico’s Mike Allen, Rubio told the donors that foreign policy should be a major qualification of the next President. Asked about the biggest threats facing the United States, Rubio cited Islamic terrorism, Russia and Iran. He also pointed to China, which he branded a serial violator of human rights. “I don’t want the most powerful country in the world to have values like that.”

He also took his turn with the friendly audience to ding Democratic frontrunner Hillary Clinton, the former Secretary of State. “It’s an issue that’s ongoing not just with her but also her husband, and that is the constant secrecy and drama that surrounds them everywhere they go,” Rubio said. “This country cannot afford another four years of drama that they seem to bring to everything that they’re involved in.” 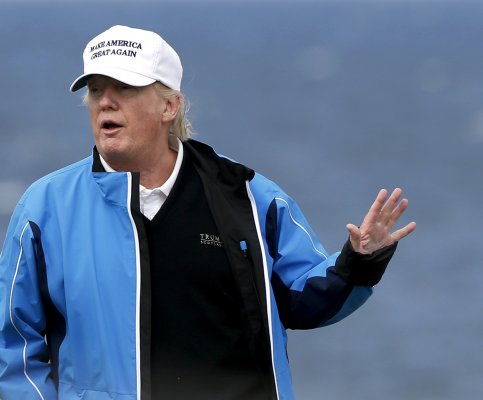 Trump Stays Ahead of GOP Pack as Debate Nears
Next Up: Editor's Pick