About 150 Confederate flag supporters rallied in North Carolina on Saturday, the latest challenge to the growing numbers of elected officials and public figures who want to consign the flag to history as they consider it a symbol of slavery and segregation.

Cars, pickups and even a sheriff’s cruiser streamed through Stokes County carrying Confederate, Christian and American flags in celebration of the Confederate Pride Rally and Ride, the Winston-Salem Journal reports. Attendees were showing support for their Southern roots, rally organizer Cody Hall explained, and not for the flag’s appropriation as a “symbol of hate.”

“People want to ban the flag, vandalizing Confederate monuments,” Hall said. “We’re here to stand up and say, ‘This is our heritage. You have a right to hate it, but we have a right to respect it and love it.'”

The debate over the Confederate flag exploded in June after nine black churchgoers in Charleston, S.C., were allegedly shot to death by a white gunman, Dylann Roof. The alleged shooter had posed with the Confederate flag in photos taken before the shooting, which had still been flying on the grounds of the South Carolina State Capitol in the days after the massacre. 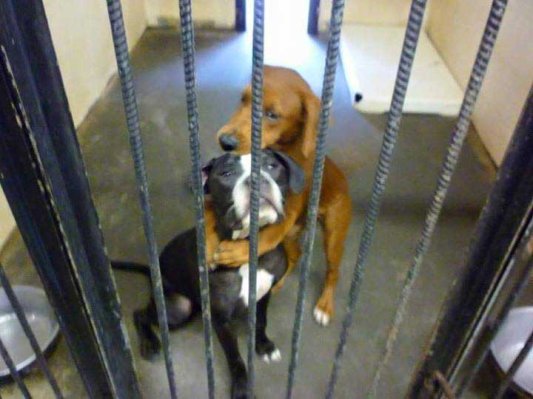 See This Photo of Two Dogs Hugging That Got Them Adopted
Next Up: Editor's Pick