The anthropomorphic robot named hitchBOT, seen here during its cross-Canada trek in 2014, was destroyed on Aug. 1, 2015 two weeks into its attempted trip across the U.S., according to its creators
Paul Darrow—Reuters
By Jack Linshi

A hitchhiking robot eager to explore America has met its demise just two weeks into its cross-country journey.

HitchBOT was vandalized in Philadelphia overnight on Saturday after exploring parts of Massachusetts and New York, Canadian researchers David Smith and Frauke Zeller shared on the project’s website. The friendly robot, who sports yellow polka dot boots and a smiley-face LED screen, had hoped American humans would shuttle it around the country to see Times Square, pose with the Lincoln Statue and tour Walt Disney World, among other destinations on its bucket list.

“Sometimes bad things happen to good robots,” HitchBot’s creators wrote. “We know that many of hitchBOT’s fans will be disappointed, but we want them to be assured that this great experiment is not over. For now we will focus on the question ‘what can be learned from this?’ and explore future adventures for robots and humans.”

The hitchhiking robot is an experiment to see how humans interact with robots. HitchBOT previously journeyed across Canada and Germany without incident, in addition to enjoying a three-week vacation in the Netherlands. 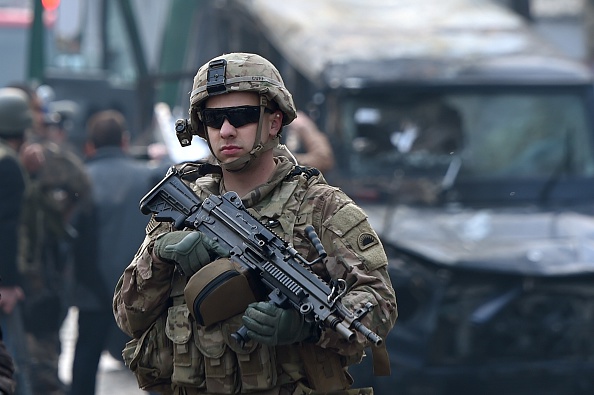 The Downside of the Death of Mullah Omar
Next Up: Editor's Pick