Cilla Black, the British TV personality and singer whose career spanned more than 50 years, has died in southern Spain, according to local police. She was 72.

Spanish police said that Priscilla White — Black’s real name — had died in Estepona, where she had a home. A cause of death was not disclosed, but police said she appeared to have died of natural causes.

Born in Liverpool, Black was first discovered at the Cavern Club, where she worked in the cloakroom as a teenager. It was there that she was spotted by the Beatles, and the band’s manager, Brian Epstein, signed her soon after. Two of her biggest hits, “Anyone Who Had a Heart” and “You’re My World,” reached #1 in Britain in 1964.

In 1968, she launched her own BBC variety show, Cilla, and she went on to become a beloved TV personality, hosting shows like Surprise Surprise and Blind Date. Last year, her early career was portrayed in the British miniseries Cilla, starring Sheridan Smith.

A number of celebrities paid tribute to the beloved singer on Twitter, including Joan Collins, Andy Cohen, and Russell Crowe. 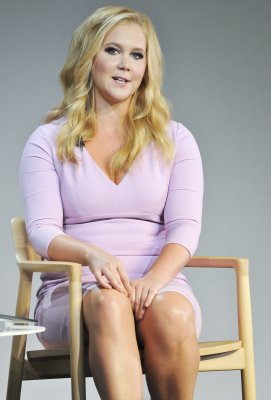 Amy Schumer Responds to Call to Fight Gun Violence After Trainwreck Shooting
Next Up: Editor's Pick