That’s in part how Amy Schumer responded on Twitter Saturday morning to an open letter asking her to speak out against gun violence, following the July shooting at a screening of Schumer’s comedy Trainwreck in Lafayette, Louisiana.

The letter, posted to Medium by Sarah Clements, says of Schumer, “You are our generation’s epitome of what it means to be a strong, powerful, self-aware champion for the experiences and truths of being a woman and an American today.”

Clements, who said her mom was a survivor of the Sandy Hook Elementary shooting in 2012, continues, “I know deep down that the Tweet you sent after the shooting was not all that you’ve got. And we need your voice in this movement.

“We need your help.”

To which Schumer, 34, responded in a Tweet, referencing shooting victims Mayci Breaux and Jillian Johnson, “Her name was Mayci, not Marci and I think about her and Jillian everyday. Don’t worry I’m on it. You’ll see.”

“As you said and as I’ve learned, what truly matters in life is how you decide to write your own story,” Clements’ letter concludes. “And in doing so, don’t apologize to the frightened millions who resent that they never had it in them to do it. Instead, show them it can be done.”

Soon after the fatal shooting, the Comedy Central star Tweeted, “My heart is broken and all my thoughts and prayers are with everyone in Louisiana.”

This story originally appeared in People.com 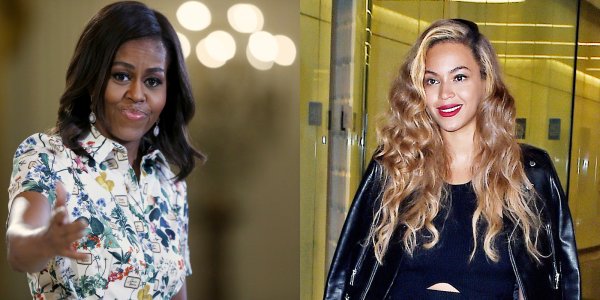 If First Lady Michelle Obama Could Pick Any Other Job, 'I Would Be Beyonce'
Next Up: Editor's Pick