If First Lady Michelle Obama Could Pick Any Other Job, 'I Would Be Beyonce'

Watch out, Beyoncé – if First Lady Michelle Obama could have another job, she’d be coming after yours!

In a quick sit-down interview posted on Instagram, rapper Wale asks FLOTUS a series of questions, among them “If you had the opportunity to have a different occupation, what would it be?”

“I would be Beyoncé,” says Obama. “I’ve got the hands,” she said, demonstrating her moves.

The interview was taped after Mrs. Obama’s Beating the Odds summit at the White House last week, where she and Wale quick-fired questions at one another on topics ranging from the easiest way to get financial aid for college to “who was your favorite teacher?”

Being Beyoncé has been a long dream of Mrs. Obama’s. In an interview with PEOPLE in 2012, when asked who she would be if she could be someone else, the First Lady replied: “Gosh. If I had some gift, I’d be Beyoncé, I’d be some great singer. The power of music, being able to play an instrument … It looks like musicians just have the most fun.”

The Obamas are longtime fans of the singer, who performed at the Neighborhood Ball celebrating the president’s inauguration in 2009.

President Obama has previously noted that his wife and the singer, 33, share a similar charisma.

Well, since the role of Beyoncé is already taken, it looks like FLOTUS will have to stick with channeling the singer’s tempo during her workouts. 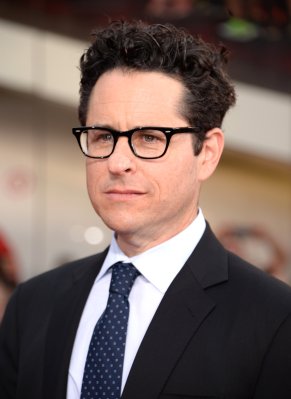 J.J. Abrams Broke His Back Helping Harrison Ford on the Set of Star Wars: The Force Awakens
Next Up: Editor's Pick