A long-lost story by F. Scott Fitzgerald has been published 76 years after it was written.

“Temperature” is running in the current issue of The Strand Magazine and will appear online in three months, according to New York Magazine. Fitzgerald wrote the story just a year before his death at a particularly troubled time in his career; he had moved to Hollywood to write movies but was not a success there, and his fiction career had stalled. He wrote to his literary agent, Harold Ober, that he had taken the liberty of submitting the story for publication to the Saturday Evening Post himself, but was rejected. “Sending a story direct may be bad policy but one doesn’t consider that when one is living on money from a hocked Ford,” he wrote.

The Strand’s managing editor Andrew F. Gulli discovered “Temperature” earlier this year while looking through some of Fitzgerald’s papers at Princeton University, the AP reports. The 8,000-word story seems to be a thinly veiled portrait of Fitzgerald’s own situation at the time: its protagonist is Emmet Monsen, an alcoholic writer floundering in Los Angeles. “[A]s for that current dodge ‘No reference to any living character is intended’—no use even trying that,” Fitzgerald wrote.

Scholars of the Great Gatsby author knew of the story’s existence from his correspondence, but believed it to be lost. Another rediscovered Fitzgerald story, “Thank You for the Light,” was published by the New Yorker in 2012; the same magazine had turned it down for publication in 1936.

Read next: TIME’s Original Review of The Great Gatsby 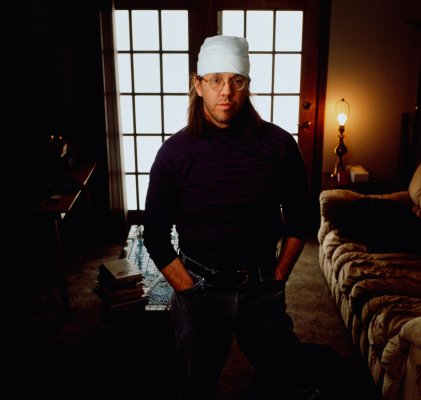 How David Foster Wallace Explained Why He Wrote 'Infinite Jest'
Next Up: Editor's Pick