Want to Save Money? Stop Thinking About the Big Picture

Many of us made a New Year’s resolution to save more money. Just like the resolutions to go to the gym more and eat better, though, our financial resolve will probably fall by the wayside before the snow melts. A new study says that’s because you’re probably going about it all wrong.

When we think about saving money, it’s common to think about the future. Makes sense, right? Whether we want to buy a house someday or have a comfortable retirement, we’re generally saving towards some future event or time period.

This is the reason most popular savings advice tells people to focus on the future. But a new study in Psychological Science says people who were told to think about their savings timeline as cyclical — that is, broken down into smaller time frames like weeks or months — saved 78% more money than people who were told to think about savings as a chronological, linear goal.

“A cyclical mindset leads to more concrete and detailed actions when implementing their plans, whereas a linear approach results in planning of the savings task in more abstract terms,” says Leona Tam, an associate marketing professor at the University of Wollongong in Australia.

When it comes to putting practical steps into place to make our savings goals happen, the future isn’t a great place to focus. Gazing off into the horizon can leave us tripping over our feet, so to speak.

If you think about savings as a future goal, you fall into two traps, Tam says. One is a hurdle everyone who’s contemplated starting a diet or a workout plan has encountered: It’s easy to perpetually tell yourself you’ll just start tomorrow.

“People with a cyclical mindset put savings into action now, while people with a linear orientation put savings off because they believe they can easily catch up later,” Tam says.

This touches on the second trap: When we think in sweeping, big-picture terms, we tend to make overly-rosy assumptions about our financial futures. We think we’ll get a big raise or land a higher-paying job. Tam says this has the backwards effect of keeping us from saving more money now, since we think it will be easier in the future.

As anyone who’s watched their raises stagnate or scrambled for a job in recent years can tell you, though, this doesn’t always square with reality, which makes it difficult or impossible to make up for a late start on savings.

The trick to making a savings plan stick is to think about small, specific steps that can be repeated over time, Tam says.

“A cyclical method emphasizes concrete, detailed, specific actions that people should do now. And, people approaching the saving task in a cyclical fashion emphasize recurrent behavioral patterns,” she says. This also helps us avoid indulging in an overly optimistic idea about what our financial future will look like.

Think about how much you want to save this week instead of in the next decade, and you’ll stand a better shot of actually socking away those dollars. “Focusing on the present and thinking in specific terms for the near-term, without setting long-term goals, increase the amount saved,” Tam said. 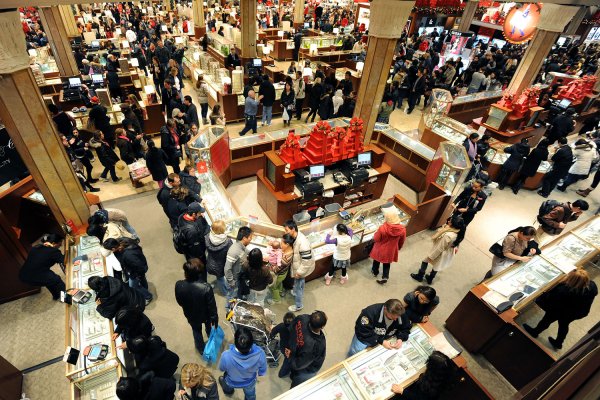