One Direction's New Single Will Not Drag You Down

One Direction has released its first single since Zayn Malik quit the band, and fans already seem very excited about “Drag Me Down.”

The band took to Twitter to announce the single, with Liam Payne calling the song a “bit of a surprise” and writing, “I hope you love it as much as we do.” A Harry Styles fan account tweeted, “Its so good the boys haven’t done such a good job in a very long time.”

Styles sings the top vocals on the track, a part Malik usually filled, USA Today reports. “Drag Me Down” is the first single off the band’s upcoming album, due in November. The band is currently touring in the U.S. and will perform in Indianapolis on Friday night; perhaps Hoosiers will be treated to the first live performance of the song.

Listen to “Drag Me Down” below. 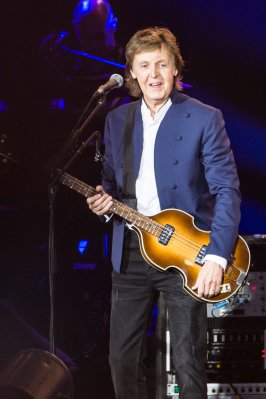 The Beatles Probably 'Forgot' Dozens of Unrecorded Songs
Next Up: Editor's Pick