A South Korean Billionaire Wants to Be FIFA's Next President

Chung Mong-joon, a 63-year-old South Korean billionaire who has a controlling stake in the shipbuilding company Hyundai Heavy Industries, says he will throw his hat into the race to replace Sepp Blatter as FIFA’s president.

Blatter, who served five terms as president of the embattled global soccer-governing body, will be replaced in an election slated for February 26, 2016, CNN reports.

Chung has told various news outlets that he will formally announce his candidacy by next week.

He’s up against some pretty well-known names already, according to CNN, including French former soccer star Michel Platini and Brazilian footballer Arthur Antunes Coimbra (popularly known as Zico), who have both confirmed their intentions to run.

Chung does have some football chops, though. He is a former FIFA vice president and also the president of the Korea Football Association (KFA). Under his 17-year stewardship, the KFA increased its budget from $3 million to $100 million, CNN reports.

Correction: The original version of this story and the headline incorrectly described Chung Mong-joon. He is the controlling shareholder of the shipbuilding company Hyundai Heavy Industries. 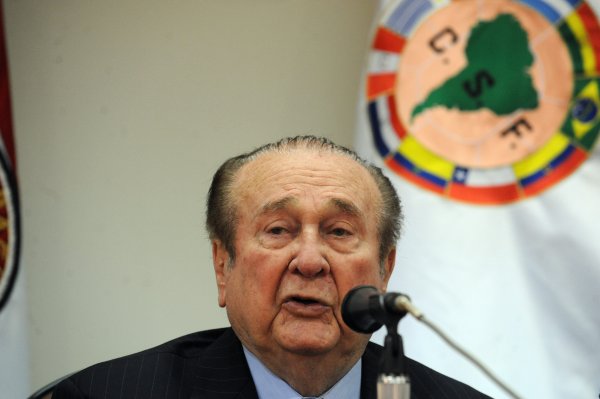