Chinese children raised by their grandparents are twice as likely to be overweight or obese, according to a study published this month in the International Journal of Behavioral Nutrition and Physical Activity.

China is already the second fattest country in the world, with more than a quarter of its adults overweight, or obese, in 2014.

The new study’s researchers set out to determine the factors leading to China’s high obesity rate, and they discovered that grandparents often work at cross-purposes with parents and schoolteachers when it comes to child nutrition.

Chinese grandparents, the study found, tend to overfeed the kids under their care: “Fat means wealthy,” some grandparents in the study told the researchers, believing that obesity indicates that children are well cared for. For many grandparents in China, who came of age during a famine that killed as many as 45 million people, high-calorie foods are viewed as healthier.

According to the study, children who live with their grandparents eat two more servings of junk food each week.

The widespread obesity among Chinese youth — with 23% of boys and 14% of girls considered overweight or obese, according to NPR — is creating problems for the rising country. Those figures have already surpassed other wealthy countries like Japan and South Korea. It’s posing problems for the Chinese military, since some soldiers are too fat to fit into their tanks. Last year, the People’s Liberation Army relaxed its weight standards slightly to allow “more portly young men” to join the ranks. Meanwhile, the prevalence of diabetes across China increased by 56% over the past two decades. 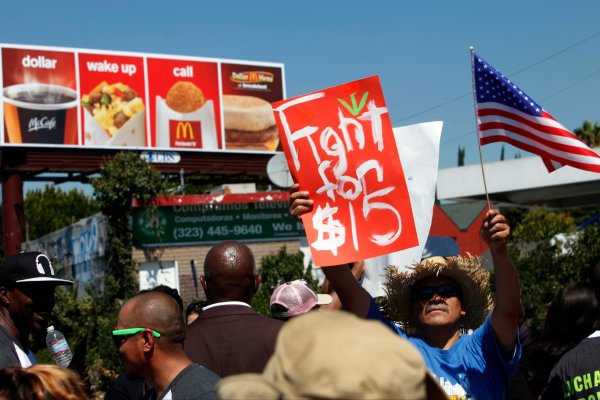 Here’s What a $15 Per Hour Wage Means For Fast Food Prices
Next Up: Editor's Pick