Here's What a New Dad Thinks of the Apple Watch

A South Korean employee shows the "Apple Watch" at an Apple shop in Seoul on June 26, 2015.
Jung Yeon-JE—AFP/Getty Images
By John Patrick Pullen

I’m an early adopter. Not in the case of kids, mind you — I waited until my mid-thirties before I powered up a little robot of my own. But when it comes to technology, I’m typically the guy in the waiting room pacing back and forth, excited and anxious to unbox a little bundle of electronic joy. And though I was indifferent toward the Apple Watch when it launched, I still ordered up it at the earliest possible moment — a minute after midnight on an April Thursday.

That may not sound like a big deal to you, but as a parent of a then-teething 10-month-old, staying up that late is bold commitment to tech. And after placing my pre-order, of course I crowed about it on Facebook, where one of my friends, herself a mother of two, quipped, “Oh, your kid is going to love poking at that little screen.” For the first couple months of owning the device, that comment was the most I ever thought in parental terms about the Apple Watch. But recently, I’ve been reconsidering it as a good tool for raising tots.

When the Apple Watch arrived the day before I was scheduled for a surgery, any excitement I had was abated by weeks of painkillers and doctor-mandated rest. And as thrilled as I was to tinker with this new toy during my bed rest, Apple Watch’s early third-party apps were generally useless. They basically functioned just like their companion iOS apps, only on an annoyingly smaller scale. Apple Watch’s default apps were the device’s only exciting features, and that’s mostly because I was using Siri to program ’round-the-clock medication reminders (with silent, wrist-shaking alarms to avoid stirring my wife in the wee hours of the morning).

At first, my son ignored the Apple Watch, though his unyielding development made it only a matter of time before it became his favorite thing ever. I bought the aluminum Sport model with a white rubber wristband, which matches practically any outfit — except for ones in which you want to be taken seriously. Thankfully, I work from home and my only co-worker is my dog, although even she must think this thing looks rubbery and ridiculous. But you know what looks worse? The price tag on other Apple Watch bands, especially when your kid is going through clothes faster than a Kardashian. So even though the white band glows like a beacon to my son’s eyes, that’s the band I’ve been stuck with.

In the meantime, my son has begun his education in watch theft by clawing at my wrist. Whether it’s bottle-, bath-, or snuggle-time, all he wants to do is rip the Apple Watch — and my arm hair — clean off. In the weeks since his first birthday, he’s become more fixated by the screen, which flashes the time at him as I do my daily dadly duties. Otherwise, he’s gotten no access to the Apple Watch, and that’s by design. Our family is abiding the American Academy of Pediatric’s recommendations on screen time, which is approximately zero hours per year for the first two years of life. Exceptions come in the instances of FaceTime calls with cross-country family and the rare father-son Red Sox game/nap.

But the Apple Watch is doing a heck of a job masking my own futility. As it stands, there’s only one reason I’d recommend the device: its ability to remind you of absolutely everything. On daddy days, I ask Siri to nag me to feed and change my little guy with clockwork regularity — because I’m a new dad, and not smart enough to remember these things on my own. On work days, I set a recurring alarm to go off around 5:00 p.m., prompting me to take my eyes off the computer screen and cast them towards the road to daycare — because no one wants to be the parent who picks his kid up after closing time. There are reminders to buy more milk, to order more diapers, to cover those electrical outlets, and so on and so forth. It’s too much for my little brain to manage, but Siri is always tapping me on the wrist, keeping me on track.

I also recently began testing smart home gear, including a Quirky sensor that alerts me when a window in my son’s bedroom is opened. Those alerts hit my Apple Watch quickly and clearly. The feeling of security that’s provided cannot be overstated, especially for a new parent. With this level of surveillance, some people might call me a helicopter parent, but I disagree. I’m a drone dad — watching remotely, and silently — and proud of it.

And now that the doctor has cleared me to exercise, I’ve started to use the Watch one way Apple truly intended: as an activity monitor. If I’m being completely honest, I still ignore the Apple Watch’s occasional prompts to stand up and move around, just like I did with the fitness bands that I mothballed before it. But with the Apple Watch, I’m thrilled to have a GPS-logging, heart rate-monitoring device on my wrist when running — an activity I abandoned when my wife was pregnant, and have been itching to return to since. After all, it’s time to shed my burgeoning dad bod. So last week, for the first time since getting the Apple Watch, I finally laced up my running shoes, pulled out the jogging stroller, and literally ran to my son’s daycare to pick him up. Tracking my progress on the Apple Watch was easy as listening to the “How Did This Get Made” podcast via Overcast, which has one of the rare top-notch Watch apps. Out of shape, huffing and puffing, I felt like I was finally using the Apple Watch as it was intended. Text messages from my wife were flying in as I hobbled along, and I was able to check them, the time, and my poor pace without missing a beat.

As I loaded my son into the stroller, a reminder from earlier in the day flashed on my watch’s screen: “Buy Orajel.” Thankfully, there was a Walgreens on the way home, and we rolled in together as father and son, sans-wallet, buying a tube of the miraculous, tooth-numbing cure simply by double-tapping on the Apple Watch’s side button, selecting my Apple Pay-linked credit card, and flashing the Watch at the payment terminal.

I’d love to say that with features like these, the Apple Watch helps me make parenting look easy. But in reality, like raising a child, it took time for me to get comfortable with the Apple Watch. It’s still in its infancy, but I’m looking forward to see it grow up. 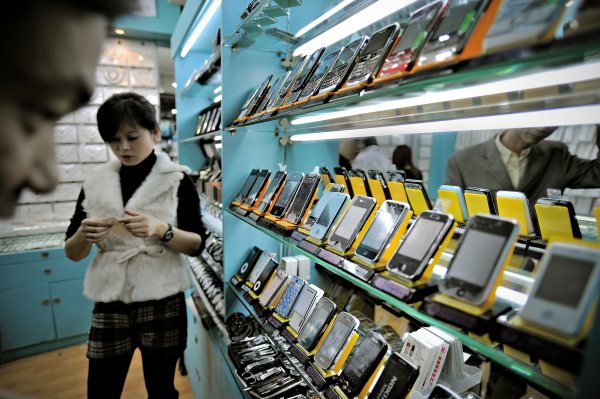