Chinese artist Ai Weiwei in his studio during a visit from Margarete Bause, Chairman of Alliance '90/The Greens in the Bavarian parliament, in Beijing, China, 23 Nov. 2013
Peter Kneffel—picture-alliance/dpa/AP Images
By Nash Jenkins

London’s Royal Academy of Arts will soon host a three-month landmark exhibit of Chinese artist Ai Weiwei’s most important work, but the artist himself could be conspicuously absent. The dissident auteur announced via his Instagram account on Thursday afternoon that British immigration authorities had declined to issue him the six-month business visa for which he applied, claiming he had supplied deceptive information on his application.

With characteristic cheekiness, he released the news in a caption to a picture of a toilet.

He then posted the letter from the U.K. Visas and Immigration Office — sent by way of the British Embassy in Beijing — that informed him that he would receive only a three-week permit, requiring him to leave the country shortly after the exhibit opens.

The visa form requires the applicant to declare if he or she has ever faced, among other things, criminal charges in the U.K. or elsewhere.

“You have stated: ‘No, I have never had any of these,’” the letter to the artist read. “It is a matter of public record that you have previously received a criminal conviction in China, and you have not declared this.”

The letter then informs Ai that any future visa applications containing “inaccurate” information could earn him a 10-year ban from entering the country.

Though Ai’s politically controversial work has led to several run-ins with Beijing law enforcement officials, he says the state has never formally charged him with or convicted him of a crime. According to his Instagram post, the artist attempted to prove this to British authorities in China, but “the representatives insisted on the accuracy of their sources and refused to admit any misjudgment.”

Only a week ago, China returned the artist’s passport after revoking his international travel privileges four years ago on tax-evasion charges that Ai claims are politically motivated. The Royal Academy of Arts quickly affirmed in an eager blog post that Ai would indeed be traveling to London for the his exhibition, which opens on Sept. 19.

It appears that Ai is currently on his way to Berlin, where his 6-year-old son lives with his mother. (The artist posted an Instagram of a freshly minted German visa early this week). 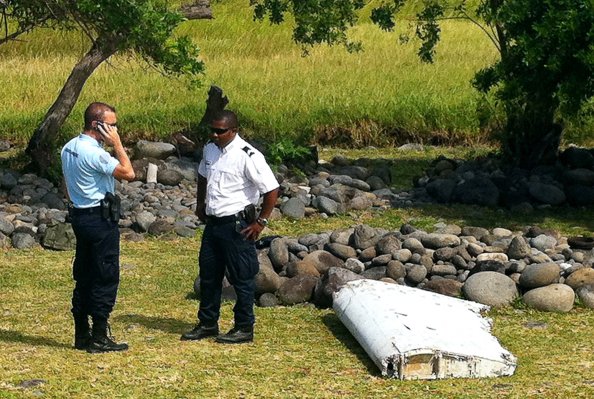 Debris Offers Clues to Missing Jet
Next Up: Editor's Pick