Researchers Have Discovered What Made T. Rex Teeth So Deadly

Though notoriously short-armed, the T. Rex had other genetic advantages: namely, its teeth.

Researchers have found that the saw-like internal tooth structure of carnivorous dinosaurs like the Tyrannosaurus Rex may have played an important role in their success as predators.

In the study published in Scientific Reports, researchers discovered that the teeth of meat-eating Theropod dinosaurs featured specially layered arrangements of dentine, a hardened tissue which helped not only strengthen the tooth, but also to enlarge the tooth’s jagged edges. This tooth structure allowed them to develop a “hypercarnivorous feeding style,” the study says, with the ability to crush bones and feed on other large animals.

When teeth were worn out or lost, these dinosaurs were able to grow new teeth to replace them. Growing new teeth could take up to two years, however, which is why these dinosaurs needed a tooth structure strong enough to last – and to keep up that meaty diet. 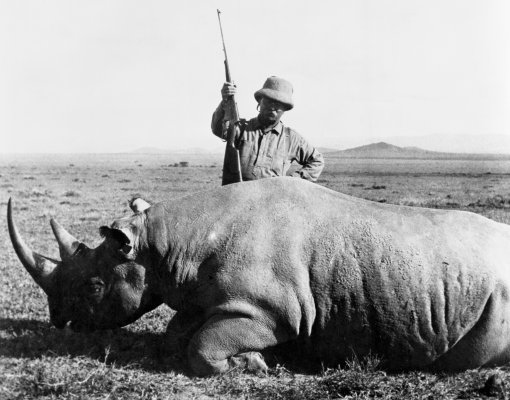 Here Are Famous People Posing With Animals They've Killed
Next Up: Editor's Pick