How to Master a Disney Cruise

For those who love to have their vacations well-mapped, a Disney cruise—with an itinerary that’s almost entirely pre-planned—holds a lot of appeal. It’s why, when I booked my first-ever cruise, I went with a four-day trip in the Caribbean on the Disney Dream—despite the fact that I was going with my boyfriend… and that we don’t have any children. Still, I spent many hours researching to make sure we maximized our time on board, and learned way more upon embarking. The takeaways, below:

Disney, which has made a name for itself in the service industry, makes you feel like you’re in incredible hands throughout the entire booking process. Because it’s one of the most popular cruise lines and almost always sells out, Disney rarely offers deals—as a rule of thumb, the sooner you book, the lower the price. Once you confirm your booking, Disney sends a pre-cruising booklet, with just about any information you could ask for—general itinerary, embarkation and disembarkation times, what to bring (and what’s prohibited), and more. I loved having a physical copy to refer to as I was planning my trip. And don’t toss the booklet after you’ve read through it, because it includes luggage tags to ensure your bags get delivered to the right room.

The official embarkation time is noon, but the process actually starts much earlier. We took the earliest flight in, and ended up with precious extra hours on the ship. And while disembarkation starts at 7 am, and Disney recommends not booking a flight before 1pm, we got off the boat with time to spare. Budget in extra time for customs upon disembarkation—sadly, TSA doesn’t (yet) run as efficiently as Disney.

Disney offers transportation from the airport to the ship, but at $70 per person, I thought it was a bit steep (though it may be worth it for the peace of mind, or if you have a lot of luggage, because they’ll check your bags onto the ship for you). We ended up taking a shuttle from CorTrans, for $40 each roundtrip.

Even though we were only docking in two places, Nassau and Castaway Cay (Disney’s private island), there was an insane amount of activities to choose from, from basic equipment rentals to a full day at Atlantis’s water park to a rum tasting tour. Book these early, as the most popular ones fill up. We decided to snorkel in Nassau, which worked out perfectly because it happened to be drizzling that day. On Castaway Cay, we opted to just enjoy the pristine beach. There’s a family beach and an adults-only one, and more than enough space for everybody.

One of the most important things to keep in mind is that once you’ve handed your luggage off to crew members—which could be as early as 10 a.m., you won’t see it again until much later that afternoon. So make sure to have a separate bag with a change of clothing in case you want to hit the pool early on, any medications, and of course, your passport and required forms for boarding.

The only semblance of calm you’ll see on a Disney Cruise is if you get on board as early as possible on day one—the water slide line will be shorter, the buffet lines more approachable. Use this time to sign up for last-minute port excursions, get tickets to meet Disney princesses and characters, or just to enjoy the room. Every night, a Personal Navigator is delivered to your room with the next day’s activities, movies, events, and more. Even better, download the Disney Cruise app, with a map of the ship and the full calendar, before you board—this saved us time when we forgot where certain activities were held or if we wanted to know what was going on elsewhere on the ship. And don’t miss the amazing water slide, which is great during the day but even better at night when it’s lit up with lights. Yes, the line can get long, but if you go while the ship is in port, it’s much more manageable. And the movies on the big outdoor screen above the pool are a welcome distraction while you’re waiting.

I’ll admit I didn’t have the highest expectations for the food, save for the specialty restaurants, Remy and Palo, which cost additional. I’m happy to report that the food far exceeded my expectations. There were a few favorites at the buffet I returned to over and over again—stone crab claws, peel-and-eat shrimp, chicken fingers, chocolate chip cookies—and the evening meals were varied and delicious. But the highlight, without a doubt, was our meal at Palo, the Italian restaurant on board. For $30 each, we had an incredible meal that rivaled any fine dining experience in New York. (Remy, the newer French restaurant, costs an extra $80 per person.)

The first thing we discovered, to my utter delight, was that the in-room TV has every single Disney movie available on-demand, for free. I’ll admit I could have gladly watched movies for 72 hours straight, but stopped myself. Every night, there’s a different musical show that incorporates Disney songs and characters, both classic and new. And first-run movies are shown in the two big theaters—on our cruise, these included Avengers: Age of Ultron, Tomorrowland, and Big Hero 6. There’s popcorn and soda sold outside the theaters, or you can save a few bucks by heading to the buffet before the show for soda, soft serve, and yes, more chocolate chip cookies.

Cash is not accepted on the ship or at the island, so all you have to do is carry your room key, which is connected to a credit card. Cell service is non-existent on the ship and at Castaway Cay, and Wi-Fi is quite expensive on board, so be prepared to stay offline the entire cruise. I was worried about being so disconnected, but the seemingly limitless activities kept me more than busy, and the lack of email meant I truly felt like I was on vacation. In fact, as we returned to Port Canaveral, I felt pangs of sadness as the AT&T bars popped back up—it meant it was time to leave the incredible cocoon of a world that Disney has created at sea. 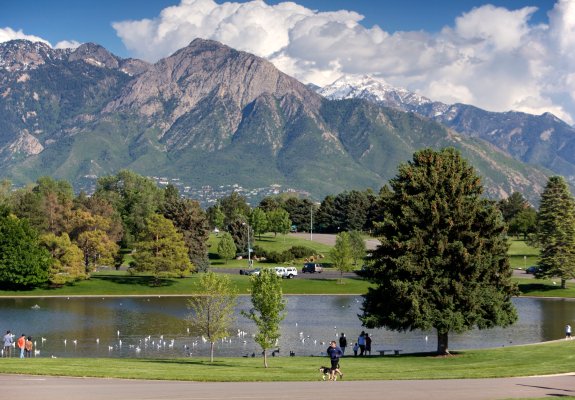 These Are the Friendliest Cities in America
Next Up: Editor's Pick