What Denmark Gets Wrong About Halal

Imam Khalid Latif is a university chaplain for New York University, executive director of the Islamic Center at NYU, chaplain for the NYPD, and co-founder of Honest Chops, an organic halal butcher shop in NYC.

Denmark banned the ritual slaughtering of animals last year, including halal and Kosher practices, unless the process includes stunning the animal. As a chaplain, executive director of NYU’s Islamic Center, and owner of an animal butcher store called Honest Chops that specializes in local and organic halal meats, I’m discouraged by all the misinformation I’ve seen in these recent conversations about halal slaughtering practices.

There are two important considerations to understanding halal: 1) In Islam, all of creation, including animals and plants, have rights that are supposed to be honored, and 2) according to Islam, much of our spirituality is tied to what we consume.

The Danish argument looks solely at the slaughtering methods used by Jews and Muslims, rather than taking into consideration the treatment of the animal during the entire duration of its life. I can’t speak on behalf of Judaism, but as a Muslim, I can tell you that a lot more goes into the practice.

The word halal means “religiously permissible,” and when used in reference to food, it denotes foods that are considered permissible for Muslims to eat. The alternate category would be haram or something that is “religiously impermissible,” such as pork. The actual slaughtering process is called dhabihah, not halal, and it becomes an integral part of the process of rendering an animal lawful to consume. Three conditions need to be met in the slaughtering process for the animal to be considered halal at the end:

The process of stunning is considered to be religiously problematic by Muslims. Inflicting and causing pain to any animal is wrong — slaughtering an animal in order to eat it is seen as an exception. Stunning causes pain before it results in unconsciousness and also has the potential of being lethal enough to kill the animal. If the animal dies as a result of the stunning, it would be consider haram to eat.

Islam also puts a great emphasis on how the animal is treated before slaughtering. When we were opening up Honest Chops, I looked into the practices of the conventional meat industry. Learning how some animals are treated and raised was shocking and disheartening. I walked through slaughter facilities where chickens were pecking away at carcasses of dead chickens, sometimes eating their own excrement. Animals were being treated so poorly and forced to live in the most horrendous of conditions because they were seen as a commodity that needed to be mass-produced rather than as a creation that had rights. That bothered me.

Aside from something being halal, the Qur’an calls for food to be tayyib, or pure. What we found in the commercialized meat industry was the absence of that purity, and the treatment of the animals was a primary indication of that. Commercialization seemed to strip away the presence of God and a reverence for all of His creation. There is an inherent beauty in an animal giving its life to provide sustenance to you and me. In my opinion, it makes sense that if a life has to be taken, it’s done so with much-needed care, from start to end.

The Danish government is failing in multiple ways with this ban. It makes no sense to engage in legislation that seems to infringe upon the rights of minority communities, especially those that have been historically persecuted throughout Europe. The ban also fails to address the real problems in the meat industry — how animals are treated. By focusing only on the slaughtering method, it fails to create reasonable alternatives and substantive solutions to actual issues. It gives the semblance of movement forward, when in reality it’s pushing things backwards. 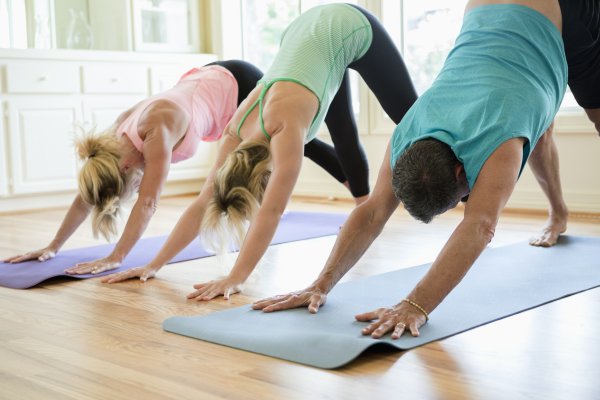 We Can't All Go to Fancy Yoga Classes
Next Up: Editor's Pick