I wasn’t sure whether or not to write about this. I generally prefer not to write about my son, out of respect for his privacy, and I don’t want to put myself in a legally questionable situation by writing about what happened. But it’s been several days since the incident and I’ve still got a crazy cocktail of rage, panic, and sadness churning inside my chest and I don’t know how else to get it out.

Here’s the short version: A mother called the police after my son and her daughter collided in a playground accident. That really happened. He’s 3.

The longer version is this: I was sitting on a bench, in a spot where I could see the entire circular track the kids scoot and ride their bikes around. When my son didn’t complete his lap in a timely manner, I stood up to look for him and saw him standing with a family including several children. He’s extremely social and often stops to talk and make friends, so I assumed he was just chatting with them.

A minute or so later I heard him yelling “Mommy, Mommy.” I ran over to find two children sobbing hysterically, a little girl and my son.

A woman sitting nearby volunteered, “I saw the whole thing! They ran into each other. They’re both just scared.” I gathered my son into my arms and comforted him, telling him it was OK, that it was an accident.

“I didn’t mean to knock her over,” he sobbed. He then repeatedly tried to apologize to the little girl and her mother, who ignored him. “I’m sorry, I’m sorry,” he sputtered over and over.

“Is she OK?” I asked the little girl’s mother. She told me her tooth was wiggly and bleeding. My son was still hysterical, so I picked him up and started to move to another corner to continue calming him down.

The other mother motioned to me not to leave.

I didn’t mean it in a sarcastic way at all — I wasn’t sure if she wanted money, or my contact info, or in what way she expected me to help. I was (probably stupidly) prepared to do what she asked for. The last thing I expected was what she said next.

“I called the police.”

“YOU CALLED THE POLICE?” This is the point at which I have been mentally punching this woman for days now.

“Your son hit my daughter,” she said. “I called the police.”

At that moment, my internal Mama Bear rose up to her hind legs and bared her claws. “He’s 3 YEARS OLD. It was an accident,” I snarl/yelled. I have never in my life felt a sense of assertiveness so strong for my own self, but when it came to my kid, I felt an unprecedented sense of agency and strength. I knew I would stand up for my child in absolutely any way needed to protect him.

“She’s crazy,” shouted the witness. “I saw the whole thing. They ran into each other. It was a total accident.”

I asked the witness if she would stay until the police arrived, then scooped up my hysterical 3-year-old and marched to the other end of the playground, where I stewed as he asked questions like “Why did she call the police? Am I going to jail? Is the little girl OK? Is SHE going to jail?”

When the police car rolled up outside the gate of the playground area, I let the woman tell her side of the story before walking over to talk to them.

“It’s my son,” I volunteered. “He’s sitting right there, in the green helmet.”

“Look,” the police officer tried to explain to the other mother, “I can see him crying from here. It was an accident. It’s not like he did it on purpose.”

The mother, who had a shaky command of English, then leaned down to her daughter and asked her to translate to the police that “the mother” (me) hadn’t shown up for 10 or 20 minutes after the accident, which was a complete lie. I’d actually been running my stopwatch as my son went around the track so I know it hadn’t been more than 2-and-a-half minutes since he’d set out.

Again, the police explained that it was an accident and there was nothing they could do about it.

“It’s a park,” said the officer from before.”Kids are running around all over the place here.”

They offered to call an ambulance for the injured little girl, which the mother accepted. I stayed back while they loaded her in and finished their interactions.

From my vantage point I could see another family member or friend who had been with them telling her version of the story to a large crowd that had collected. From her broad “wooshing” hand gestures, I could see that she was intimating that my son was some sort of reckless danger to society on a 3-wheeler scooter. I somehow managed to not stomp over there and ask her to stop regaling the park with stories about my 3-year-old son at least until he had stopped sobbing.

When the family was on their way, I asked the police officers if they needed my information or anything. They said no. “She wanted to press charges,” he told me. I’m not sure if he meant against me or my pre-schooler.

“I can see the woman over there telling everyone the story…” I began.

“Yeah, he’s a maniac, right?” the police officer said winkingly, before he and his partner headed on their way.

It’s been a few days since this happened, and my son seems to be fine. He got a scare, but he’s back on his scooter and hasn’t mentioned the incident again. He’s always been very conscientious about watching out for pedestrians while on his scooter, but it can’t hurt for him to be even more so. We haven’t yet been back to the area of the park where the collision happened, but I think that’s more because of my fear than his.

Because while he’s fine, I’m not. I’m furious. And I’m scared. My black son just had his first police interaction at age 3.

I have tried to be understanding of the panic the other mother probably felt when her daughter was hurt. My son knocked his teeth back into his gums in a fight with a slide and had to be held down in the ER while he got stitches where he bit through his own tongue. I know how it feels to be scared for your injured child. I feel terrible, as did my son, for the little girl who was hurt.

I’m glad the police were reasonable and straightened things out. Perhaps in this instance, it was best they were there to handle what was obviously a touchy situation. In this instance. This time.

But to be the mother of a black son is to be scared for them, constantly. Black mothers know this better than me, have known it for a long time. I am not the person to tell that story.

I don’t know if there was a racial component to what happened this time, but I can’t help but flash forward to someday when someone may wrongfully point their finger at my son again, someday when he’s not an adorable 3-year-old, someday when I’m not there to speak for him.

And I think that’s why my guts are still roiling days later, why I am still feeling emotional about an incident that everyone seems to agree was crazy, but over now. That I shouldn’t let it get to me. It got to me. I’m not over it. I wish I was.

But if nothing else, I am glad I felt that Mama Bear rise up inside me. I am glad that I knew, in that moment, without a shadow of a doubt, that I would and will always do anything, ANYTHING to protect my son. Because, unfortunately, he lives in a world where he needs a little extra protection. 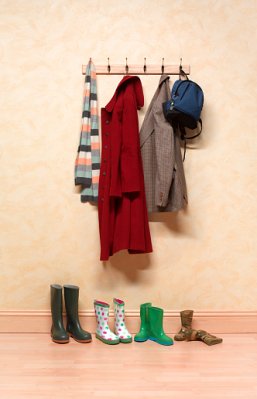 How to Balance 2 Careers in a Family
Next Up: Editor's Pick