The trio attended the Television Critics Association press tour on Tuesday to talk about season 2 of Unbreakable Kimmy Schmidt. “I would hate to ruin that in season two,” Fey told press on Tuesday about the Netflix show (which started its life as an NBC project). “I don’t think you’ll see any cursing or nudity. I think it does give us license to play with time and culture – or to potentially offend an advertiser or the NFL.”

Fey has long been a social media holdout, and in a now-deleted 2013 video explained why. “Most people are so f–king boring that they should up, and you should have to get a license,” she said of Twitter. “And I’m volunteering to be in charge of the licenses. […] Go write it in a journal and mail it to your grandma. Do you understand how boring this would be, if I were tweeting this?” 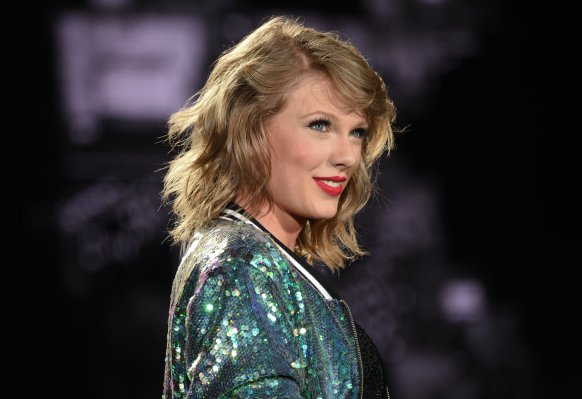 Taylor Swift Has Absolutely No Bad Blood With Her Adorable Newborn Godson
Next Up: Editor's Pick