The Long History of the 'Happy Birthday' Song—And Its Copyright

The strange tale of “Happy Birthday to You” took a new twist this week, when lawyers told the New York Times that they had submitted new evidence in an ongoing case about the song’s copyright. The music publishing company Warner/Chappell has long claimed ownership of the rights to the song, but a filmmaker working on a movie about the song claims to have found proof that the song belongs in the public domain.

Though the lawsuit’s results have yet to be determined, this won’t be the first time the song’s fate has been changed by a lawsuit.

The saga began back in 1893, in Louisville, Ky. Patty Smith Hill was a kindergarten teacher with a musically inclined sister, Mildred. When Mildred wrote a little tune and Patty put some child-friendly words with it—”Good morning, dear children / Good morning to all”—it was loved by the students, who helped it spread to schoolrooms throughout Kentucky and beyond. The verse about birthdays was added after the fact, and it spread even faster.

Years later, after Hill had become a recognized expert in childhood education stationed at Columbia in New York City, a new Irving Berlin musical revue called As Thousands Cheer opened on Broadway. One of the comedy sketches in the show was set at a birthday party for John D. Rockefeller Sr. during which, as the Great Depression continued in the real world, his children gave him Rockefeller Center as a token of their affection. Though the rest of the show featured music by Berlin, that scene relied on the birthday song, without the “Good Morning” verse. As TIME reported in 1934, while the case was still ongoing, the producer of As Thousands Cheer was sued for plagiarism, to the tune of $250 in payment per performance. Though Patty Hill said that she had “long ago resigned herself to the fact that her ditty had become common property of the nation,” those who had paid to use the tune in the past—like Fox, which had used it in Baby Take a Bow, a Shirley Temple film released that same year—didn’t feel so easygoing about it, and neither did Hill’s family.

It was in 1935, after the As Thousands Cheer lawsuit (which was settled), that the Hills officially registered the copyright of the birthday-centric lyrics of the song, in order to avoid future disputes.

But, ironically, it was that very show that helped make the copyright so difficult to enforce: As Thousands Cheer was a hit, and the birthday scene was influential in spreading the ritual of singing the song at every birthday party. As George Washington University law professor Bob Brauneis described on an episode of On the Media about the song, the timing was also appropriate on a world-historical level: the very idea of a regular birthday party wasn’t really widespread before the era during which the Hill sisters wrote the song. The song and the occasion at which to sing it came up together.

In 1988, the Birch Tree Group music publishers sold the copyright to Warner for an estimated $25 million. Back then, TIME reported that it would pass into the public domain in 2010. A law extending copyright terms, however, was passed in the late 1990s, and now the the “Happy Birthday” copyright should hold until no sooner than 2030—unless the current lawsuit changes that. 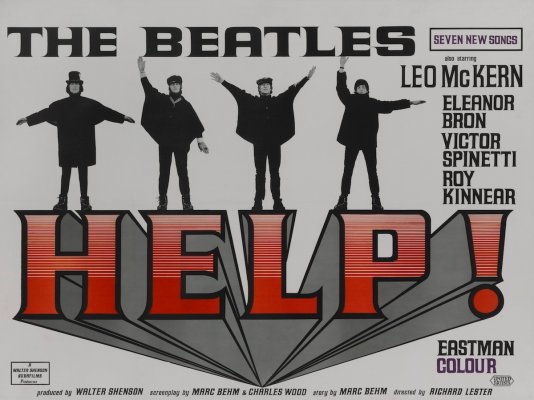 What TIME Got Really Wrong About the Beatles Movie 'Help!'
Next Up: Editor's Pick