The PlayStation 4 Is Getting a Very Old-School Accessory

Gaming blogs are buzzing about the newest accessory for Sony’s PlayStation 4: a keyboard and a mouse.

At least the product has a cool name: the Tactical Assault Commander 4. Made by the Japanese gaming hardware company Hori, the set is an update on the Tactical Assault Commander 3. And while the product is from a third-party seller, it’s officially licensed by Sony and has, right on the keyboard, a PlayStation-logo button. Among its 18 buttons and D-pad, there are designated keys for functions like “walk,” “quick,” and even “snipe.”

If the set reminds you of a PC, well, that’s the point. According to Hori’s product description, the set is “designed to replicate PC style gaming.” The mouse features a scroll-wheel in the middle, plus two small buttons on top and four other buttons on the side.

As sites like Polygon have noted, the Commander 4’s October 9 release date appears timed to align with the release of Call of Duty: Black Ops 3, the next in a wildly successful shooter series.

The product is currently listed on Amazon UK, but not in the U.S., and has a pre-sale price of $86.35 pounds, or $135.04 USD. That may seem steep for a keyboard and a mouse that connects to the PS4 via USB cable, but if gamers determine the set enhances gameplay, expect it to be the new must-have item. It also works with PS3. 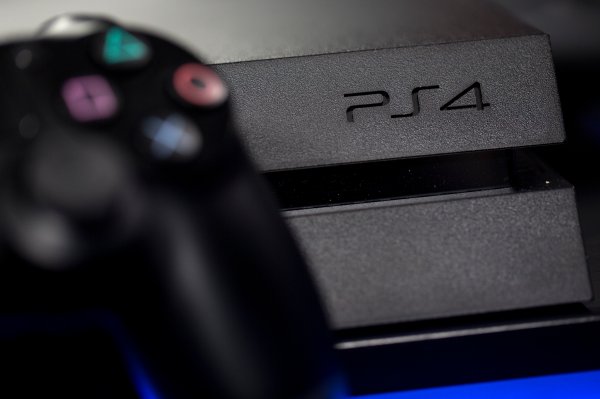 5 Reasons to Buy a PlayStation 4 Right Now
Next Up: Editor's Pick