Parents of victims of gun violence, pastor Ruett Foster, from left, his wife Rhonda and Anna Del Rio hold pictures of their late children, during a rally supporting a city ordinance to ban the possession of high-capacity gun magazines outside Los Angeles City Hall, on July 28, 2015.
Nick Ut—AP
By Nolan Feeney

The city council of Los Angeles unanimously voted to prohibit possession of gun magazines that can contain more than 10 rounds of ammunition on Tuesday.

Gun groups such as the National Rife Association have already threatened to sue the city over the ban, claiming it is preempted by California law and violates 2nd Amendment rights, the Los Angeles Times reports. “If the NRA wants to sue us over this, bring it on,” Councilman Paul Krekorian, one of the twelve council members who voted (three were absent), said at a City Hall rally. “People who want to defend their families don’t need a 100-round drum magazine and an automatic weapon to do it.”

California mostly prohibits the manufacturing and sale of such high-capacity magazines, but the state doesn’t outlaw possession of them. Juliet Leftwich, the legal director for the Law Center to Prevent Gun Violence, told the Times that the high-capacity magazines targeted by the law are “the common thread” between the country’s mass shootings, including Columbine, Newtown and Virginia Tech.

Los Angeles Mayor Eric Garcetti said he plans to sign the measure, which would give residents 60 days to turn in or legally sell the magazines before the law goes into effect. Breaking the law, which is modeled after similar ordinances in California cities San Francisco and Sunnyvale, would be a misdemeanor. 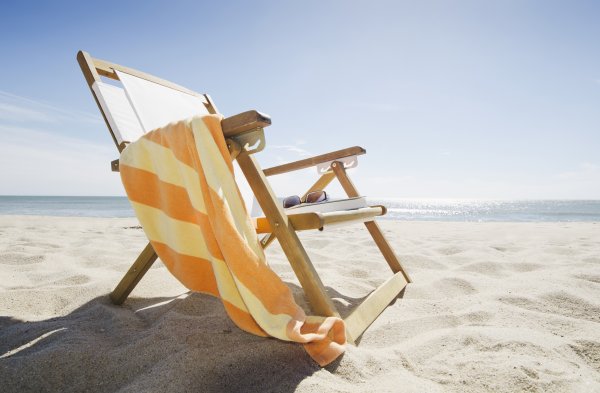 Why Don't Americans Take More Time Off?
Next Up: Editor's Pick