Convicted Israeli spy Jonathan Pollard will be released later this year, fulfilling a long-held request of Israeli Prime Minister Benjamin Netanyahu. The White House said it played no role in the parole decision, but speculation that it was tied to the Iran nuclear deal abounds. Republican Rep. Mark Meadows motioned Tuesday to overthrow Speaker of the House John Boehner amid frequent clashes between the GOP leader and the conservative wing of his conference. The motion is all-but-certain to fail, but it is another embarrassment to Boehner.

Wisconsin Gov. Scott Walker is signaling he will leave the Florida primary to the dueling campaigns of former Florida Gov. Jeb Bush and Sen. Marco Rubio. The two native sons are locked in a pitched battle for the state’s delegates, and the outcome on March 15 may be one of the most decisive moments of next year’s primary season. Rubio, for his part, is laying low during a season of candidates making more and more outlandish statements to get attention. Content with running below the radar, the freshman senator with broad appeal needs to pick his moment to break out — and hope that his would-be supporters are still around.

But when will he break out? [New York Times]

A mutiny attempt on the House floor [Washington Post]

Israeli Spy Pollard Will Be Released by U.S. in November
The White House says it was not a concession to Israel [Wall Street Journal]

Under Oath, Donald Trump Shows His Raw Side

“Imagine a NASCAR driver mentally preparing for a race knowing one of the drivers will be drunk. That’s what prepping for this debate is like” —John Weaver, strategist for Ohio Gov. John Kasich on preparing for the GOP debate.

“This is President Obama’s decision and I’m not going to second-guess him. If it’s undecided when I become president, I will answer your question.” —Hillary Clinton, once again punting on the Keystone XL pipeline Tuesday. 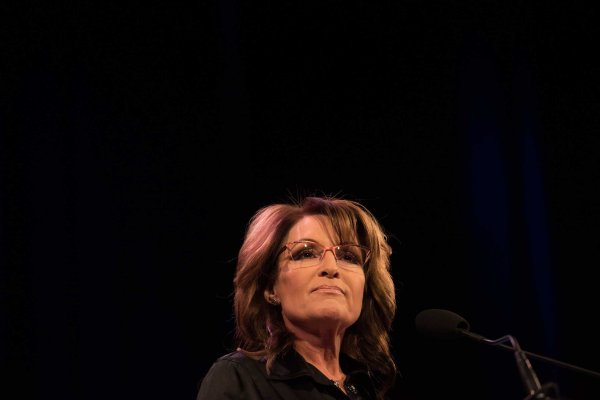 Trump Would 'Love' To Have Palin in His Administration
Next Up: Editor's Pick