Melissa Mederos, 10, from Miami, Fla., looks at the Baptism of Pocahontas by John Gadsby Chapman in the Rotunda of the Capitol.
Chris Maddaloni—Roll Call Photos / Getty Images
By NBC News

Smithsonian scientists announced Tuesday that they’ve discovered the identities of four bodies buried at the historic Jamestown church where John Smith and Pocahontas got married.

The men, Rev. Robert Hunt, Capt. Gabriel Archer, Sir Ferdinando Wainman, and Capt. William West, were all leaders who played a role in the Jamestown settlement.

Scientists identified the men by using historical records and chemically analyzing the bones to figure out what the men ate and where they were from. They used 3-D technology to locate the exact grave sites of the men. 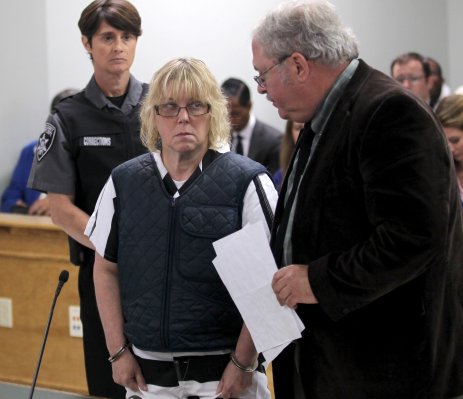 N.Y. Prison Worker Reveals Her Involvement in Escape Plan
Next Up: Editor's Pick