NASA’s scientists have decided to fly their geek flag high, and will be naming craters and peaks on Charon, Pluto’s moon, after places mentioned in science fiction.

According to the rules of the International Astronomical Union (IAU), Pluto’s craters have to have names drawn from underworld mythology. But, Mashable reports, NASA has more free reign to propose names for Charon’s craters and peaks — and in doing so its scientists will be referencing the likes of Star Wars, Star Trek, Firefly and Dr. Who.

To date, names like Vader, Skywalker and Leia Organa have been proposed for craters, and Mordor, from Lord of the Rings, for a huge dark spot on the north side of Pluto’s moon. There’s even a Serenity chasm, named after the beloved ship on the short-lived Joss Whedon show, Firefly.

The new monikers do still have to be approved by the IAU, but scientists are hopeful that the names have enough of a cultural legacy to receive the stamp of approval. (The IAU has already approved the names “Frodo” and “Bilbo” for features on Saturn’s moon.)

Stars of the aforementioned shows and series have already expressed their support. “It is an honor to have a character you helped create be given such an esteemed recognition,” William Shatner, who starred as Captain Kirk in Star Trek, told Mashable.

Correction: The original version of this story incorrectly described the type of mythology from which proposed names for craters and peaks on Charon must be drawn. They must come from underworld mythology. 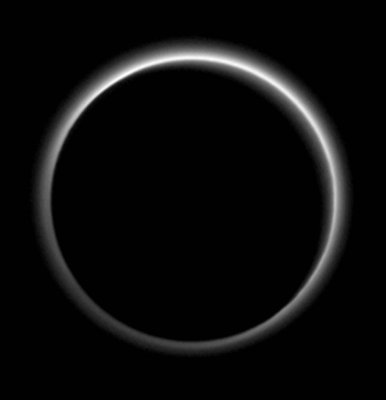