A Cambodian traffic police officer drives a car during a ceremony in Phnom Penh on Feb. 14, 2012
Tang Chhin Sothy—AFP/Getty Images
By Charlie Campbell

Drivers in Cambodia have a lot to contend with: cavernous potholes, weaving motorcycles kicking up clouds of choking dust and noodle hawkers trundling down the “fast” lane. Now motorists may find their pockets as ravaged as their nerves, after officials announced a fivefold bump in traffic fines and gave permission for issuing officers to keep 70% of all cash collected.

The new rules, coming into force in January, are an attempt to curb corruption, reports the Phnom Penh Post. Currently, traffic cops keep half of much smaller penalties, meaning that many supplement their meager salaries by soliciting bribes.

The current $1.25 official penalty for not wearing a car seat belt, for example, will rise to $6.25, with the officer allowed to keep $4.38. Of the remaining 30%, some 25% will go to the station where the officer is based, with the final 5% sent to the Ministry of Finance.

“We plan to issue an edict in the future to encourage and promote this measure,” Ti Long, deputy director of the Interior Ministry’s Public Order Department, said at a press conference on Monday.

Local road-safety analyst Chariya Ear, for one, applauded the move. “It will be a good idea to give more incentives to the officers who are doing their jobs,” he told the Post.

However, not all drivers agree, fearing that, in a nation ranked 156 out of 175 in Transparency International’s Corruption Perceptions Index, officers will hand out spurious punishments to feather their nests.

Phnom Penh resident Gary Morrison, 49, says he already pays traffic fines on a regular basis, ostensibly for “being a foreigner,” even though he has all the correct documentation for his vehicle. “So,” he says sardonically, “it’s nice to know they are encouraging the police to fine me even more.” 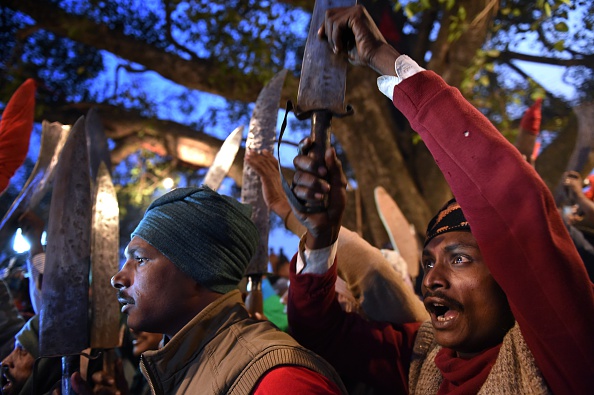 Half a Million Animals Saved as Nepal Nixes the World's Largest Slaughter Festival
Next Up: Editor's Pick