Butchers raise their blades at a temple before the first animal sacrifices by priests are conducted for the Gadhimai festival in the village of Bariyapur, Nepal, on Nov. 28, 2014
Roberto Schmidt—AFP/Getty Images
By Alissa Greenberg

Nepal’s Gadhimai Temple Trust, which oversees the world’s biggest animal sacrifice every five years, announced Tuesday that no slaughter would take place at this year’s festival.

The announcement comes on the heels of an international movement against the event, which led the Indian Supreme Court to prohibit animals from being shipped or shepherded across the border to be killed as offerings.

“With your help, we can ensure the festival in 2019 is free from bloodshed,” chairman of the temple trust Ram Chandra Shah said in a statement announcing the ban. “Moreover, we can ensure Gadhimai 2019 is a momentous celebration of life.”

Gauri Maulekhi, consultant for Humane Society International/India (HSI) and trustee for People for Animals Uttarakhand, who was among the petitioners in the Supreme Court case, called the move a “tremendous victory for compassion” but acknowledged that the hardest task is still to come. Maulekhi said the HSI would spend the three and a half years until the next festival in 2019 educating would-be celebrants in the Indian states of Bihar, Uttar Pradesh, Jharkhand and West Bengal about the temple’s decision.

HSI estimates that more than 500,000 goats, chickens and buffalos, along with other animals, were decapitated at Gadhimai in 2009. The festival, which dates back about 265 years and which some say has even more ancient roots, is based on a dream founder Bhagwan Chowdhary had featuring Gadhimai, the Hindu goddess of power. In the dream, Gadhimai demanded a sacrifice after freeing Chowdhary from prison, promising power and prosperity in return. Chowdhary prepared an animal offering, establishing a legacy of tradition and blood that would last nearly three centuries. 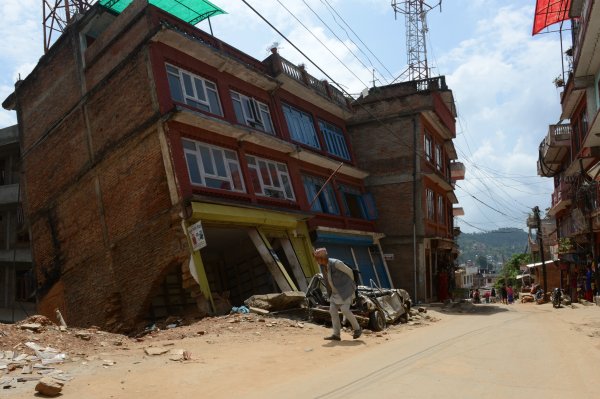 Is It Really Safe to Resume Trekking in Nepal?
Next Up: Editor's Pick