From left, Alex Christensen, Adam Christensen, Price Fallin and Christina Fallin, the step-children and children of Oklahoma Governor Mary Fallin, lead the Pledge of Allegiance during Inaugural ceremonies for Fallin at the state Capitol in Oklahoma City, Jan. 12, 2015.
Sue Ogrocki—AP
By Jack Linshi

Oklahoma Gov. Mary Fallin’s adult daughter will move her trailer off of the governor’s mansion ground, Fallin’s spokesman said Tuesday, in response to public concerns over her living on taxpayer-funded land.

Gov. Fallin revealed on Sunday that her daughter, Christina, has been staying in a trailer home linked to the mansion’s utilities since April, and is pleased to have her nearby as she seeks a permanent place to live, The Oklahoman reported.

One resident summarized the public’s concerns: “That is state property! Who is paying her bills? Oklahoma taxpayers?”

The governor addressed the furor on Tuesday, stating that her daughter’s trailer was not abusing state resources. “She would be using that electricity if she lived in the house, or if she got a drink of water out of the faucet, or if she flushed the toilet in the house,” Gov. Fallin told KFOR, an Oklahoma City television station.

Alex Weintz, Gov. Fallin’s spokesperson, added that neither Christina nor her mother had violated a state law. However, due to “an administrative rule” stating that trailers are not allowed on state property, Weintz explained, Gov. Fallin’s office has advised the trailer’s removal.

“We’re just like any family, any American family, any Oklahoma family,” Gov. Fallin said. “If I’m 80, if she comes to me and says, ‘Hey mom, I need a temporary place to stay, I’m going to let her stay with me.” 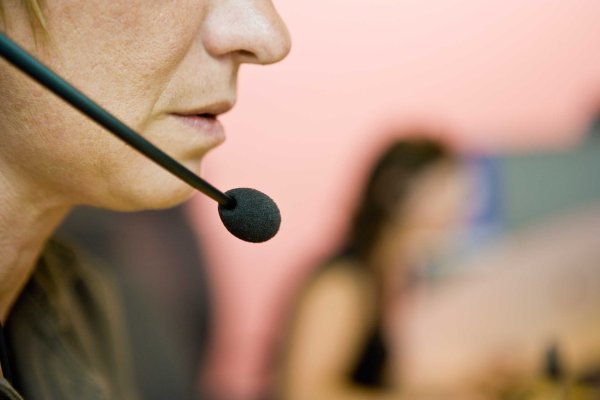 Dispatcher Investigated After Hanging Up on Distraught 911 Caller
Next Up: Editor's Pick