How to Take Your Kids to Dangerous Places and Why

Professional adventurer Mike Horn is paid to do things like circumnavigate the equator without the use of motors, and walk to the North Pole in mid-winter without the use of the sun. These expeditions take months or even years, so if he had to get his two daughters comfortable exploring the natural world or he’d never see them – and they had to get comfortable with big mountains and deep oceans or they’d be wetting themselves long after they were out of diapers. You might not venture much beyond an afternoon on a sailboat or walks in the woods behind the house but, if your own kids aren’t naturally inclined to join in the fun, get them pumped about exploring by keeping Horn’s practical insights in mind.

“The ocean or the jungle or ice or desert, everything is a play park or a school to them,” Horn says of little kids. Before bringing them into a new environment, tell them about a particular animal they might see or a specific experience they’ll have, so they’re focused and excited before they even get there. For example, before his girls visited him in the Amazon, Horn told them all about the freshwater dolphins that swim there (your kids might have to settle for bullfrogs in the local pond).

Start With Your Own Limits And Work Backward From There

“Little kids don’t think of what will go wrong, they think everything they do might be right,” says Horn. When introducing them to the outdoors, their innate trust provides you with the entry point to get them engaged, so don’t give them any reason to doubt you. “They only get nervous if the adults are nervous. And nature is not dangerous if you know what to do. So, parents should know their limits and never take their kids beyond them.” Basically, if it looks too windy for you, then don’t take your kids on the boat.

Nobody with kids has time to read the whole Internet. Sign up here forTime for Parents, a weekly newsletter with only the worthwhile stuff.

Make Kids The Stars Of Their Own Adventures

After you and your kids do something new together, turn the experience into a story in which they’re the main characters. Then encourage them to share the story with their friends or during school Show And Tell. “Once they’ve done something that the other kids haven’t done, the other kids become interested and that gives them confidence,” he explains. “By repeating the stories, they become the author of what’s happening, of something other kids might only read in a book.” So, that time you heard howling when you were camping becomes Call Of The Wild, starring your kids.

Bring Them Along, Even If They Can’t Come With You

When Horn’s girls were little, they would follow his expeditions on maps, which made places they’d never been seem much more tangible. “When I would call, they didn’t want to know how I was doing, all they wanted was my position so they could put the pins in the map,” he recalls. This technique works just as well if you’re going fishing with your buddies for an afternoon – it just involves a much smaller map.

Keep It All In Perspective

“The father must never grow up,” says Horn. “It’s the kid’s job to grow up. Otherwise, the father loses the context.” 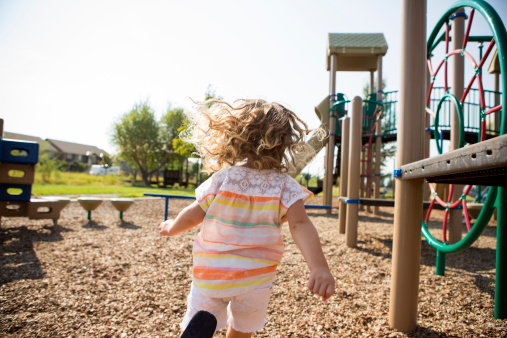 Why Playing Tag Is as Important to Your Kid's Future as Reading
Next Up: Editor's Pick