A stone cross marking the grave of a 17th-century British settler is seen at the archaeological site of Jamestown, Va., on November 22, 2011.
Mladen Antonov—AFP/Getty Images
By Maya Rhodan

Scientists used technology to identify the remains of four early residents of Jamestown, Va., the first permanent English settlement in what would become the United States.

The Jamestown Rediscovery Foundation at Historic Jamestowne and the Smithsonian’s Museum of Natural History announced on Tuesday that the settlers lived—and held high positions—in early English America as far back at 1608. About 100 people settled along the James River in what would become the first English settlement in 1607. The colony, however, was nearly wiped out due to conflict—with Native Americans in the area and with each other—as well as famine and disease. Among the identified remains were those of Rev. Robert Hunt, Jamestown’s first Anglican minister, and Captain Gabriel Archer, a leader among the early settlers and a rival of Captain John Smith. The remaining two, Sir Ferdinando Wainman and Captian William West, were relatives of the governor Lorde De La Warr.

Archeologists with Jamestown Rediscovery have been working to identify the remains since they were found in November of 2013. Scientists from both the Smithsonian and the Rediscovery Foundation examined artifacts from the graves, forensic evidence and technology like CT scans to determine who they were. (There’s a video explaining how here, on their website.) The discovery of the burial site, however, dates back to 2010 when Jamestown Rediscovery uncovered what the organization says is the earliest known Protestant Church in North America. Within that church— in the chancel, considered the holiest part of the building—scientists found the four burial sites that held the remains of these early settlers.

“This is an extraordinary discovery, one of the most important of recent times,” said James Horn, President of the Jamestown Rediscovery Foundation, in a press release. “These men were among the first founders of English America. They lived and died at a critical time in the history of the settlement — when Jamestown was on the brink of failure owing to food shortages, disease, and conflict with powerful local Indian peoples, the Powhatans.”

The church they were buried in is significant, too. According to Jamestown Rediscovery, Pocahontas and John Rolfe were married there. 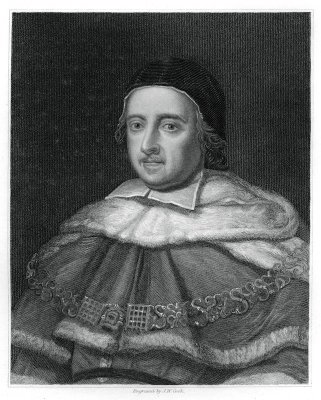 When Spousal Rape First Became a Crime in the U.S.
Next Up: Editor's Pick