Robotic Sports Will One Day Rival the NFL

When I was 13, I watched a season of Battle Bots on Comedy Central then attempted to build a killer robot in my parent’s basement. You might think, oh, you were probably a weird kid (and you’d be right) but I think eventually this is behavior that will become normal for people all around the world. It’s had some moments in the spotlight but a bunch of factors make it seem like robotic sports is destined for primetime ESPN in the next five years.

1.) A drone flying through the forest looks incredible at 80mph.

A new class of bot (FPV Quadcopter) has emerged in the past few years and the footage they produce is nuts. Robots can do things we’re fascinated by but can’t generally achieve without risking our own lives. Drones the size of a dinner plate can zoom through a forest like a 3 pound insect. A bot that shoots flames can blow up a rival in a plexiglass cage.

You can make an argument that the *thrill* of these moments is lightened if a person isn’t risking their own life and limb and this is true to a certain extent. NASCAR crashes are inherently dramatic but you don’t need to burn drivers to make fans scream.

Just look at the rise of e-sports. This League of Legends team sits in an air conditioned bubble and sips Red Bull while a sold out arena screams their lungs out. They’re not in any physical danger but 31 million fans are watching online.

The thing that ultimately matters is that the sport looks incredible on video and fans have a connection to the players. And right now, the video, in raw form, is mesmerizing.

2.) Robot parts have gotten cheaper, better and easier to buy.

When I was a kid, I was limited to things available at the local Radio Shack or hardware store. Now I can go to Amazon, find parts with amazing reviews and have them delivered to my house in a day. The hobby community has had many years to develop its technology and increase quality. Brands like Fat Shark, Spektrum, and adafruit have lead the way.

If you’re good at building a robot, chances are you have a knack for engineering, math, physics, and a litany of other skills top colleges drool over. This is exciting for anyone (at any age) but it’s especially relevant for students and parents deciding what is worth their investment.

There are already some schools that offer scholarships for e-sports. I wouldn’t be surprised if intercollegiate leagues were some of the first to pop up with traction.

4.) The military wants to get better at making robots for the battlefield.

This one is a little f***ed but it’s worth acknowledging. Drones (of all sizes) are the primary technology changing the battlefield today. DARPA has an overwhelming interest to stay current and they’re already sponsoring multimillion dollar (more academic) robotics competitions. It’s up to the community to figure out how (or how not) to involve them. Them, meaning the giant military apparatus of the United States but also military organizations around the world who want to develop and recruit the people who will power their 21st century defense (and offense).

There is a reason that Rolex sponsors Le Mans. A relatively small number of people attend the race but it’s an elite mix of engineers and manufactures. Many of the people who became multimillionaires in the past 20 years got it from The Internet or some relation to the tech industry. They want to spend their money on what amuses them/their friends and robotics is a natural extension. Mark Zuckerberg recently gave one of the top drone racers in the world (Chapu) a shoutout on Facebook.

6.) The prize money is there for the taking.

This past week I went to a drone race in California with a 25k prize pool. 25k isn’t a bad start but, with the right event and legal issues addressed, its easy to imagine prize pools at many multiples of that. Brands love NASCAR because you have people staring at their logos going 200 mph. There are already a handful of FPV drone racers who are so good that a company sponsors them and its their full-time job. As prize money and production value of the events increases, its easy to imagine that you will have a much larger group who is able to commit full time. Something akin to the skaters who went pro in the 90s.

7.) Quidditch could become a real thing.

The most exciting aspect of this field is that we don’t know which robotic sport will ultimately drive the most attention and amusement. Battle Bots was the first one to get a legitimate shot at primetime on cable (and now on ABC) but it’s one of many. FPV Drone racing is incredibly popular at the moment and its easy to imagine that crazy ways it will develop. Then you have crazy things out of left field hitting the internet like the Japan Vs. USA mech fight happening early next year.

We have fantasies and robotics gives us a legitimate shot at turning them into reality. 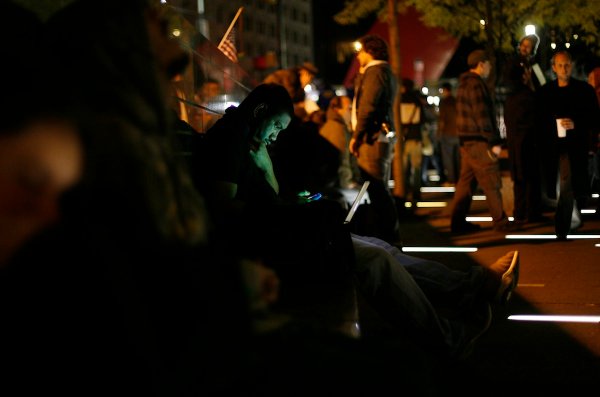 How Future Historians Might Use Your Tweets
Next Up: Editor's Pick