The Trick to Memorizing an Entire Foreign Dictionary

Richards is not the only person who has wowed the world with exceptional memory skills. Dave Farrow is the Guinness World Record holder for greatest memory. In 2007 he spent around 14 hours memorising a random sequence of 59 separate packs of cards (3,068 individual cards), looking at each card once. In 1981, Rajan Mahadevan recited from memory the first 31,811 digits of pi, a record that was astonishingly broken by Hideaki Tomoyori in 1987, who recited 40,000 digits.

For those of us struggling to remember what happened a couple of days ago, such innately superior memory capacity is remarkable. The question of whether these people are born with exceptional memory ability or acquire it by deliberate practice has interested both scientists and the general public alike for hundreds of years.

Many books were published in the 1980s and 90s on the topic of genius and exceptional performance, with pioneering research comparing the superior performance of chess experts over beginners.

What became apparent, however, is that, although some people were able to recall large amounts of information seemingly effortlessly, their memory was truly exceptional only for materials that were specific to their expertise. In one study in the 1970s, William Chase and Herbert Simon at Carnegie Mellon University had world chess experts recall the configuration of chess pieces on a chessboard. When the chess experts were shown an actual chess positioned board, their recall of the pieces was far superior to novices. However, with random chessboards, players of all skill level had the same poor recall performance.

In order to answer the question of how to achieve exceptional memory performance, Chase, alongside K Anders Ericsson, developed the “skilled memory theory” which proposed three basic principles.

First, individuals need to rely on prior knowledge and patterns to encode and store the material in long-term-memory – what they called the “encoding principle.” Second, encoded information needs a “retrieval structure” – meaning it is associated with a cue when first seen so that it can be triggered during retrieval from long-term memory. And third, with additional practice people become more proficient in their encoding and can store the same amount of presented information in less time – the “speed-up principle.”

What this is referring to is a mnemonic strategy. We are all capable of using such strategies although some of us are more skilled at it then others. The oldest and most common method is the method of loci (Latin for “places”). In the method of loci, the mnemonist first creates a series of places, imagined rooms (the encoding principle), then puts what is to be remembered in said rooms, and finally walks from room to room in a fixed order, to recall the material (retrieval structure principle).

The more familiar and elaborate the detail of the imagined place is, the faster they will be able to place and retrieval material (the speed-up principle). Many mnemonic methods such as loci require such visualisation. For example, digit sequences can be associated with word links. If 59 is “lip” and 47 is “rock”, then 5947 can be remembered by an interactive image of “lips kissing a rock.” Other mnemonic techniques include a digit-consonant system or converting digits into syllables (based on the Japanese language) which are then regrouped into words.

Although Richards is a somewhat reclusive figure, so we can’t say for certain what techniques he used, it is more than likely that he is highly skilled at mnemonic strategies, along with having an exceptional mathematical talent to play scrabble. He, and others like him are able to utilize mnemonic strategies beyond our comprehensible understanding. However, whether it is his dedication to practice or some innate superior memory that is responsible for this ability is still under scientific investigation. 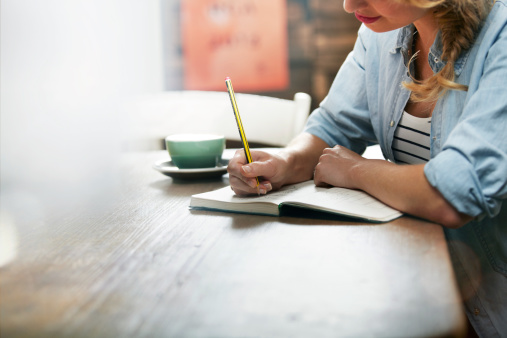 8 Powerful Things That Will Inspire You
Next Up: Editor's Pick