Ask anyone and they’ll say that Ohio State quarterback Cardale Jones is a tough man to take down. After Jones led his team, the Buckeyes, to a national title in January, people couldn’t stop comparing him to a tank.

So naturally one OSU staffer decided it was time to take Jones to the floor. Donning a throwback Buckeyes’ uniform, the staffer disguised himself as a mannequin in the university’s Woody Hayes Athletic Center and proceeded to scare players as they passed by.

When it’s Jones’s turn for the big surprise, the quarterback does a stop, drop and roll over a chair at around the 2:12 mark. The mannequin-turned-human manages to take Jones down without laying a finger on him. 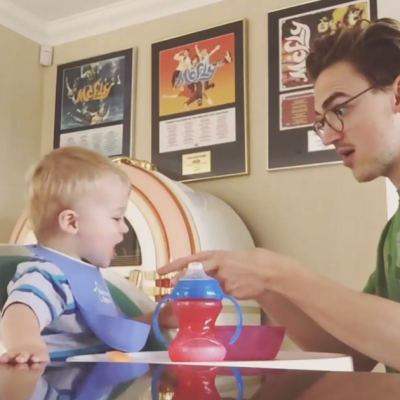 Watch This Adorable Father-Son Duet to 'Easy' by The Commodores
Next Up: Editor's Pick