Laura Berry posted a photo to Topshop’s Facebook page of a “ridiculously shaped” mannequin at a store in a shopping mall in Bristol, reports the Guardian, and said the company was showing a “lack of concern for a generation of extremely body conscious youth.”

“We’ve all been impressionable teens at one point, I’m fairly certain if any of us were to witness this in our teenage years, it would have left us wondering if that was what was expected of our bodies,” wrote Berry, a customer-service assistant from Gloucestershire, England.

“Perhaps it’s about time you became responsible for the impression you have on women and young girls and helped them feel good about themselves rather than impose these ridiculous standards,” Berry said.

Topshop responded to the post publicly saying the mannequin was “not meant to be a representation of the average female body,” but said it was “not placing any further orders on this style of mannequin.” 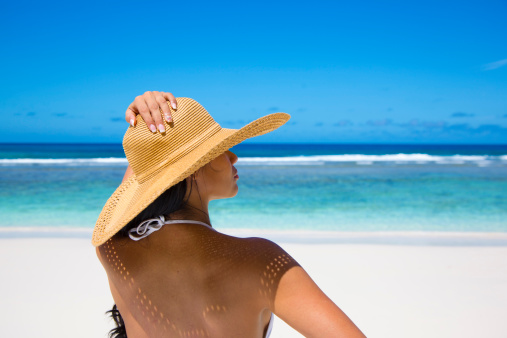 How to Sweat-Proof Your Entire Beauty Routine
Next Up: Editor's Pick