There May Have Been a Major Breakthrough in MERS Treatment

According to the South China Morning Post, the medicines—lopinavir with ritonavir and a type of interferon—were tested on marmosets, small monkeys that a 2014 U.S. study concluded would be the best subject for MERS trials because of the way their reactions to the virus mimics human illness. The drugs, currently used to treat HIV and sclerosis, were found to be effective in curing MERS-infected marmosets.

The research is the first of its kind in the world.

“We would recommend doctors to start using both drugs immediately to treat MERS patients if they are critical,” said Jasper Chan Fuk-woo, one of the researchers, told SCMP. “The evidence in this study is quite strong in proving the effectiveness of these two drugs.”

Currently, there is no known cure for MERS.

Meanwhile, South Korea, which struggled with a MERS outbreak in May and June, has not reported any new MERS cases for 23 days and no deaths for more than two weeks. The country declared a “de-facto end” to its outbreak on July 28, although a spokesman for the World Health Organization told the BBC it would not declare an official end to the country’s outbreak until 28 days had passed with no new infections—twice the disease’s incubation period.

Most Popular on TIME
1
Capitol Riot Fuels Calls for Domestic War on Terror
2
Was Martin Luther King Jr. a Republican or a Democrat?
3
What Wandavision Means for the MCU 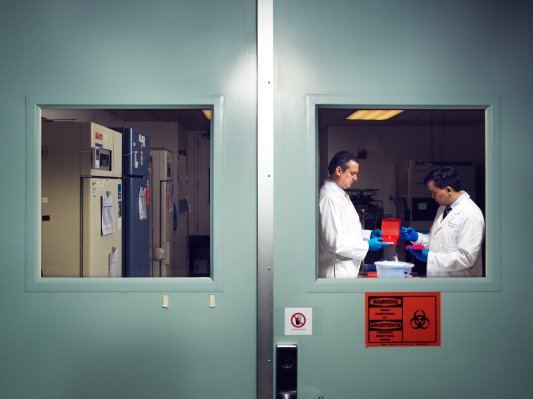 The World Is Not Ready for the Next Pandemic
Next Up: Editor's Pick