Kittens Distract Driver, Cause Crash Knocking Out Power for Hundreds

A man driving with a litter of kittens in his car was so distracted by one of the felines, he crashed into a power pole.

The accident occurred early on Monday in South Nashville, and caused the pole to fall halfway over, the Tennesseean reports. The structural damage temporarily knocked out power for about 400 people in the area. Power was restored a few hours later.

The driver was taken to the hospital, but his injuries were not life-threatening. None of those distracting kittens were injured in the car accident. 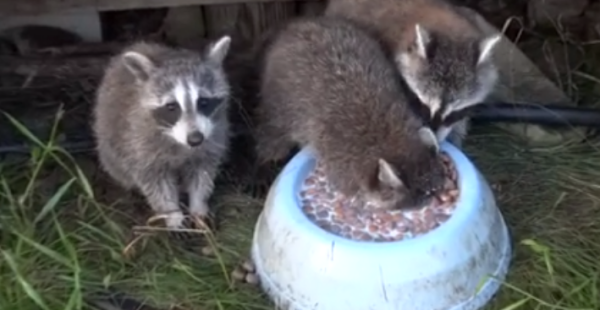 Nothing Will Stand in the Way of These Raccoons and Their Meal
Next Up: Editor's Pick