The 2 Biggest Reasons Why People Quit Their Jobs

In the first entry of Diary of the Happiest Employee on Earth, we read about a welcome party to honor a newly hired employee on their first day. In contrast to organizations that celebrate when people are leaving, this company celebrates the arrival.

It’s always been a mystery to me why we have celebratory lunches when people leave a company — especially those who choose to take their talents and go elsewhere. Like to a competitor! I have to buy you lunch and we’re never going to see or hear from you again? Why don’t we celebrate people on their first day? Balloons! Banners! Bagels!

There seem to be many instances in which, if companies would do the opposite of what they do now, it would make for a happier employee and a happier workplace. Take the problem employee, for example, which I wrote about in a previous post. Who really was the problem? The employee or the employer? Managers are so busy trying to document the problems rather than doing something simple to understand the situation — especially when it is a new employee.

That simple thing: Go back and read your interview notes.

When I talk to frustrated/former employees, especially newer hires, here are two reasons I hear over and over for why people moved on:

Directions change. New leadership shows up. A hiring manager is buried in their own work and the arrival of the new employee becomes the opportunity to finally fight fires. We get it. We all get it. There’s only one problem –

Fires don’t get extinguished. More fuel gets added and the new employee begins their journey down the path to hell.

So, what’s a manager to do? For starters, keep those notes handy. And look at them regularly. Like maybe before that regular status meeting you hold every Monday morning to talk about the same things? Ask yourself, Is Johnny doing what I hired him to do? Is Suzie doing the cool stuff we talked about during the interview process?

To keep employees happy, productive, and not taking their talents to a competitor, there can only be one right answer to these questions: YES.

A friend of mine was hired as a trainer for an educational software company. Now, the last time I looked up the word “training,” the dictionary talked about teaching someone a particular skill or type of behavior. Sharon spends almost 75 percent of her time trying to sell software packages to school districts.

Sharon is not a salesperson. She’s an educator. She’s miserable. Her boss is also not happy with her performance. Of course she’s not: she hired, a trainer not a salesperson. Sharon doesn’t even answer calls from her boss any longer. She lets them go to voicemail. She’s also looking for a new job.

A few weeks ago, I noticed an employee at one of my clients made a move to a new company. He had been with the client for a very long time, took a new position, but stayed a very short time.

Simple, he said. I wasn’t doing anything I was hired to do, my budget was taken away, and I was fighting other people’s fires.

Mike went to his VP on numerous occasions. He was upfront about his unhappiness. He brought up what was talked about during the interview/hiring process. Fortunately, Mike is smart and has an in-demand set of skills. He found a new position quickly.

Problem employees. Unhappy employees. Retention issues. The answer is often right there in those interview notes. They need to be kept — like, forever. They need to be referred to — like, often. Especially in those times when an employee’s performance is being questioned.

Pretty simple idea, you would think. And yet, when I offer this suggestion, you would think I just handed that person the largest-ever winning Powerball ticket. (Okay, a little extreme, but you get my point.)

Oh and one more thing: if you’re gonna tell people, This is a fun place to work … then live up to your word!

This article originally appeared on Recruiter.com 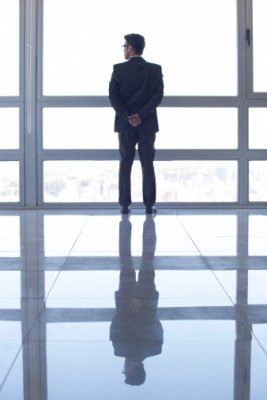 8 Sources of Professional Advice and Inspiration
Next Up: Editor's Pick