Elon Musk Joins The Call For a Ban On Autonomous Weapons

Elon Musk has joined a long list of high-profile tech leaders and scientists calling for a ban of autonomous weapons created with artificial intelligence technology.

Musk’s is one of many names affixed to an open letter released Monday by the Future of Life Institute (FLI), a Boston-based research organization cofounded by Skype cofounder Jaan Tallinn. The letter addresses the possible future of autonomous weapons, including “armed quadcopters” that rely on artificial intelligence to seek and destroy certain targets without direction from humans (as opposed to existing technologies such as armed drones that are remotely controlled by humans). FLI warns that such AI-controlled weaponry could be in use “within years, not decades” and that they represent “the third revolution in warfare, after gunpowder and nuclear arms.”

In addition to Musk, Stephen Hawking and Apple cofounder Steve Wozniak also signed their names to the open letter, along with dozens of other scientists and tech industry representatives. While AI technology has the potential to do a lot of good for the human race, the letter reads, it could easily lead to “a global arms race” if that technology is applied to advanced autonomous weaponry. As an example of a potential autonomous weapon, the letter imagines “armed quadcopters that can search for and eliminate people meeting certain pre-defined criteria.”

The letter goes on:

The CEO of electric car company Tesla Motors, Musk is no stranger to artificial intelligence, having donated millions of dollars to the cause of safe AI technology. Musk’s other projects include his role as CEO of commercial aerospace company SpaceX, which makes unmanned rocket ships. 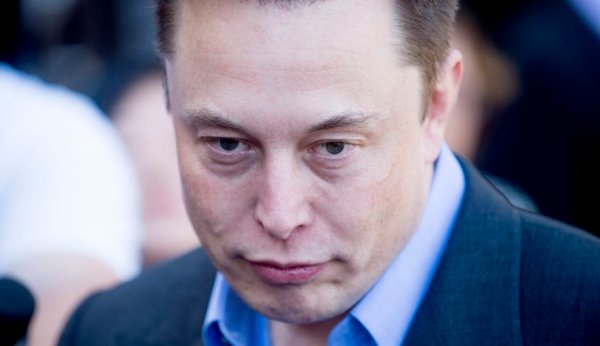 Tesla’s Elon Musk Just Had the Worst Birthday Ever
Next Up: Editor's Pick