Poehler and Cooper, back for the first day of camp.
Saeed Adyani/Netflix
By James Poniewozik

Even by the standards of today’s reboot/remake/remodel culture, there are enough layers of nostalgia in Wet Hot American Summer: First Day of Camp (premieres on Netflix July 31) to rend the fabric of space-time. It’s a 2015 prequel to a 2001 movie, set in 1981. To watch this reunion-cum-origin-story, with its middle-aged original cast putting on teenage drag again, is to feel a tug of memory for the aughts and the ’90s heyday of MTV’s The State (which gave us co-writers Michael Showalter and David Wain) and the ’70s and ’80s camp comedies like Meatballs it lovingly spoofs. If this eight-episode series were any more dense with resonances across time, it would be directed by Terrence Malick and have a prologue involving dinosaurs.

Fortunately, as reminders of one’s inexorable mortality go, First Day of Camp is good fun. Like the original (set on the last day of summer camp), it’s a machine constructed of pop parodies and well-curated period references (“He’s a total fox, like a young Larry Wilcox!”) that conceals an actual beating heart. On top of the goofs of the movie–which mashed up sex farces and hijinks with a plot involving the crash of Skylab and a montage of a wild afternoon that ended in heroin abuse–it adds the absurdity of showing us the “history” of characters whom, after all, we last saw only one short camp season later.

Sometimes that means putting the denizens of Camp Firewood through far-fetched changes (as when we learn how H. Jon Benjamin came to voice a talking can of vegetables). Sometimes it means characters living through essentially the same plots they did in the movie. Hapless romantic Cooperberg (Showalter, donning an ’80s-kid hair helmet at age 45) is led on by another female counselor (this time played by Lake Bell); Molly Shannon’s Gail confides her grown-up love problems to precociously wise campers; Ken Marino’s secret virgin Kulak is still fronting as a Romeo. But at eight episodes (I’ve seen six), Wain and Showalter have the chance to layer in more outlandish subplots involving toxic waste, President Reagan and ’80s rock journalism. It’s an imitation of the film, but at least it’s not a pale one.

Like Netflix’s ur-revival, Arrested Development, First Day of Camp reunites nearly all of the original cast. (Reportedly, the reunions involved creative scheduling and some use of greenscreen, but the interactions among the characters don’t suffer much for it.) And it doesn’t stop there: Josh Charles, Rich Sommer and Kristen Wiig ham it up as toffs at the rich camp across the lake; John Slattery owns the screen as a bigshot theater director; and the many, many additional guests include Michael Cera, Jordan Peele and Jon Hamm. If you are an actor known for playing cameos in oddball comedies and you are not in First Day of Camp, you need a new agent or you are dead.

Reboots often run into an existential crisis: why this, why again, why now? But the original Wet Hot American Summer was an absurd lark to begin with, which makes “Because we can, and enough people had free days on their calendars” reason enough to justify the prequel. It’s possible for a project like this to substitute cameos for creativity (think of Will Ferrell and Wiig’s Lifetime movie A Deadly Adoption, whose chief attraction was that Ferrell and Wiig were in a Lifetime movie), and sometimes First Day of Camp is more knowing than funny. But the heart of its appeal is the oldest and most effective form of nostalgia: seeing how old pals have changed after all these years. Look, there’s Bradley Cooper–he’s a big movie star now! There’s Amy Poehler–she’s a comedy icon!

A little like Matthew McConaughey’s Wooderson in Dazed and Confused, they all keep getting older, but their characters stay the same age. (The exception, of course, is Paul Rudd, who will remain unmarked by time long after the sun has flared into a red giant.) But rather than seeming tired or sad, the age dissonance–which was already built into the original movie–is all part of the fun. You could imagine the crew presenting a new, age-idealized version of themselves every few years, like a goofier 7 Up series, or like your Facebook feed.

At one point, for instance, we learn that a certain character, played by a 41-year-old actress who was 27 when the original movie was released, is actually a 24-year-old impersonating a teenager. I won’t spoil who or why, but when she’s told that there’s no way she can pull off the ruse, she responds by simply turning around and mussing up her hair. She looks no different, and everyone acts like it’s a remarkable transformation.

That’s the hopeful, silly, sweet spirit of Wet Hot American Summer: First Day of Camp–you’re only as old as you say you are. 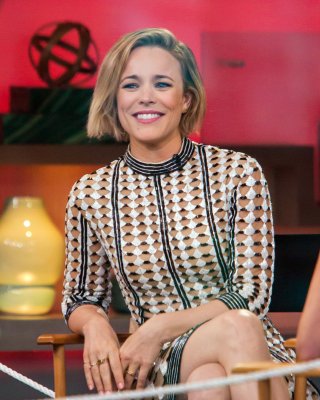 Rachel McAdams is in Early Talks for Doctor Strange
Next Up: Editor's Pick