Katniss Everdeen may have faced down President Snow in The Hunger Games trilogy, but she’s never faced down Jon Snow — until now.

A new mashup has Jennifer Lawrence’s fearless bowed heroine facing off against Kit Harington’s sword wielding Game of Thrones character and it’s clear that Winter is Coming to Panem.

In the video, Katniss issues a call to arms against Jon Snow urging her followers to fight against Snow’s forces. Meanwhile, Snow is holed up in the North ready to face down the rising darkness from Beyond the Wall or the wildlings of District 12.

In the clip from YouTube creator David Elmaleh, Katniss intones, “Nothing good is safe while Snow is alive,” but the question is: if Katniss does manage to kill him, will Snow stay dead? 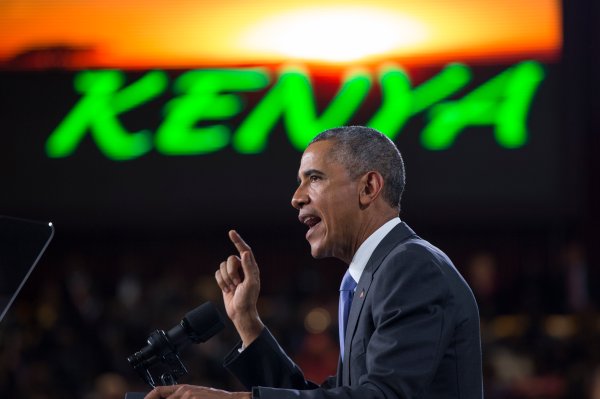 Watch Obama Steal the Show by Dancing the Lipala During His Visit to Kenya
Next Up: Editor's Pick