Amazon’s Next Innovation Could Be ‘Drive-thru’ Grocery Stores

Amazon wants to change how shoppers tackle a top weekend errand: going to the grocery store.

The e-commerce company is reportedly developing a drive-up store concept in California, according to the Silicon Valley Business Journal. It would allow shoppers to order grocery items online and then schedule a pickup at a dedicated facility. The project would not only showcase a new distribution strategy for Amazon, it would also put the retailer in another major consumer spending category: grocery.

There’s no way to know for sure that this latest rumor will come to fruition. Recall that in October last year it was reported Amazon planned to open a store in New York City in time for the busy holiday shopping season. That rumored store never opened.

In the grocery aisle, there’s a lot of room for e-commerce disruption, although the tech industry has so far had little success in getting shoppers online for their grocery orders. While more than half of global consumers polled by Nielsen said they were willing to buy groceries online, online grocery sales in the U.S. only capture about 1% of total spending. 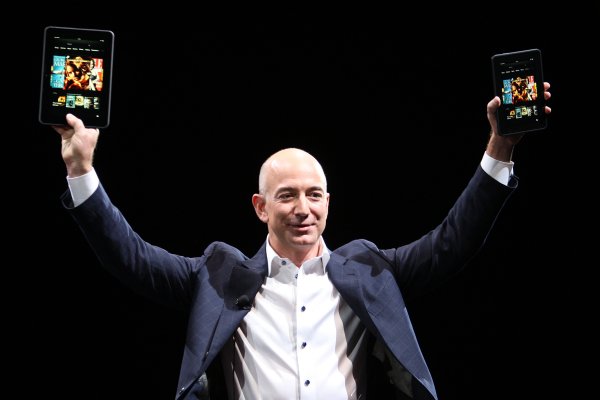 Amazon’s Stock Is On an Absolute Tear
Next Up: Editor's Pick