Exclusive: Mitch McConnell Says He Wants To Govern Like This Democrat

If Mitch McConnell becomes Senate Majority Leader next year, he says his leadership style will most resemble that of George Mitchell, the Maine Democrat who held the job from 1989 to 1995. McConnell is not attracted to Mitchell’s policies, but he likes the Democrat’s style.

“He treated everyone with respect,” McConnell tells TIME in an interview. “The Senate needs to run in a more collegial and open way than [under] the current majority leader, who has prevented members from both parties from offering amendments and basically done a lot of damage to the institution, in my opinion.”

Keeping that pledge may prove difficult. Not only do Republicans have to win six Senate seats to take control of the Senate, but McConnell is fending off the challenge of his career from Kentucky Secretary of State Alison Lundergan Grimes, who is leading slightly in most polls. On top of that, even if Democrats lose the Senate in November—and with 10 seats in play they may just—they are confident they will win it back in 2016 where Republicans have 24 seats to defend, eight of them in states won by President Obama in 2012.

Part of the reason the current Senate Majority Leader, Harry Reid, has increasingly limited Republican amendments over the past three cycles is because he’s had a lot of vulnerable Democrats to protect and the GOP was forcing a lot of tough political votes through the amendment process. Democrats in the minority would surely use the same tactic against Republicans next year, making McConnell’s promise of an open Senate an immediate handicap for his vulnerable members.

Though McConnell told TIME in a 2011 interview that the first thing he’d do in the majority is repeal ObamaCare, in this interview he demurred saying only his conference would decide in December. McConnell also noted, with some pride, that he is President Obama’s “biggest obstacle.” He spoke of how he’s helped Kentucky and how crucial his leadership position will be for the Bluegrass State moving forward.

Below are excerpts from TIME’s interview with the Minority Leader on March 20.

Q. How would you be different as majority leader?

Oh my goodness. Look, I think we need to take the country in a different direction and the only way to do that in 2014 is to change the Senate. Obviously, I would be setting the agenda instead of Harry Reid and obviously our agenda would be very different. We would pursue right of center policies and hope that the President in his last two years would do what President Reagan and President Clinton did: pivot to the center, the political center, and make it possible for us to make some progress for the country.

Q. What majority leaders do you most admire?

We’ve had a number of effective ones. The one who’s style, I think, is closer to one that I would likely end up with more than any one is George Mitchell. We’re talking about style here, not so much substance, because obviously I would have a very different agenda than someone like George Mitchell. I think he treated everyone with respect. We were always respectful of senators’ rights to offer amendments and to get a vote on them, even if they happened to be on the other side. I think the Senate needs to run in a more collegial and open way than [under] the current majority leader who has prevented members from both parties from offering amendments and basically done a lot of damage to the institution, in my opinion.

Q. Would you roll back the nuclear option as majority leader?

That’s a discussion for another day. I think if the American people give us the opportunity to manage the Senate, that’s certainly something that we’ll be discussing in December prior to taking over this majority.

Q. If you do become majority leader and let’s say Republicans win the White House in 2016, would you pledge to Americans not to act in a purely partisan manner as you’ve criticized Obama of doing in passing ObamaCare?

What I think needs to happen, if we end up with continued divided government for the last two years of the Obama Administration… is for the President of the United States, the only person in the country who can sign something into law, to pivot to political center much like President Reagan did, and much like President Clinton did. And see if we can move forward on somethings that we have agreement on. For example, the President mentioned in his State of the Union trade agreements. I happen to think that most of my members and certainly myself think that’s in the best interests of our country. So there are things, hopefully, that we could agree to do to improve our country in the last two years of his presidency.

Q. Would you repeal Obamacare first thing in office?

I’m not going to lay out the agenda for you. But certainly I have said repeatedly for five years that I think that this was the worst piece of legislation that has been passed in modern times. My goal, at some point when it becomes politically possible, is repeal the entire thing and to start over with a completely different approach that doesn’t destroy jobs and create all the damage that this has created in our country to both the providers of healthcare and consumers of healthcare.

Q. One of your big selling points on the campaign trail has been the power of your leadership office. When you talk to Kentuckians, what do you tell them that you’ve brought home or done for them through this office?

I’m in a very good position. I can give you an example, the request that I made to the conferees of the Farm Bill. They put in a provision that allows us, in our state, to have pilot projects on industrial hemp. That’s something that I’m able to do because I’m the leader of my party in the Senate. There are a variety of things that are more possible for Kentucky as a result of having one of two Kentuckians in the history of our country who have been leaders in the history of our country of our political parties, and I happen to be one of the two.

Q. There was a $2.3 billion river dam that was funded in Kentucky in the bill that reopened the government last year that some called the “Kentucky kickback.” Was that thanks to your leadership?

There’ve been a variety of things that I’ve tried to do for my state that my leadership position makes it possible for me to do. For example, the tobacco buy out. We had a massive number of tobacco farmers in our state and that became increasingly unpopular for all the obvious public health reasons. I was able to get a tobacco buyout, not financed by taxpayers, that compensated literally thousands of Kentuckians for the asset that the government created on their farms back in the 30s. So, there’s just been a whole variety of things that I have been able to do for the state in the position that my colleagues have chosen me for.

Q. In your 29 years representing Kentucky, how do you think the state has changed?

Obviously we’ve changed in a lot of ways. We’ve moved, looking at agriculture, which is very important in our state, we’ve moved from a position, which the No. 1 cash crop was tobacco, to a totally different place in Kentucky agriculture. So the state has changed along with America. Some of the changes by this Administration have been unfortunate for our state. For example, the war on coal has created a depression in eastern Kentucky. That’s a bad change brought on by the Obama Administration. It’s not surprising that the president only carried four out of 120 counties in out state. Kentuckians really don’t like the agenda of this Administration and has the President has said on repeated occasions, I’m his biggest problem and it’s because of the agenda that he has pursued. 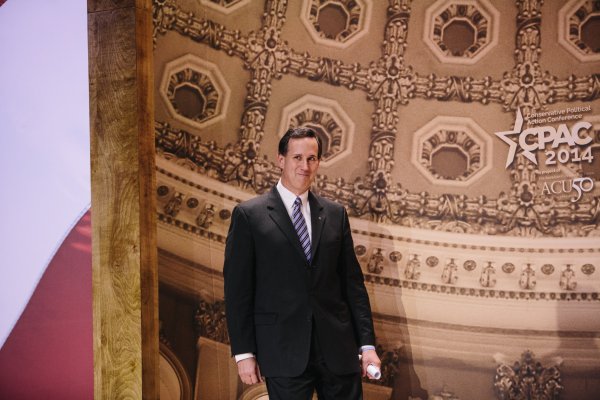