A television journalist sets his camera inside the premises of the Supreme Court in New Delhi on Feb. 18, 2014
Anindito Mukherjee—Reuters
By Sania Farooqui / New Delhi

Nearly a third of all lawyers in India are “fake,” the head of the country’s legal regulator has said.

Manan Kumar Mishra, the chairman of the Bar Council of India (BCI), made the startling revelation during speech in Chennai, the capital of the southern Indian state of Tamil Nadu, on Saturday, the Press Trust of India reports.

“Thirty percent of all lawyers are fake, who either hold fraudulent degrees or are nonpracticing persons and 20% of those who sport lawyers’ robes do not have proper degrees,” Mishra said. “Fake lawyers and nonpracticing law graduates are degrading the standards of the profession.”

The spread of “fake” lawyers, Mishra added, was also causing disruptions in the legal system. “Strikes on petty issues have become a regular phenomenon due to such persons,” he said, “We are serious about this and will take stiff action.”

Mishra’s statement comes on the heels of the arrest last month of a former law minister in the provincial government in New Delhi following a BCI complaint alleging that he had falsely claimed to be a law graduate.

And earlier this year, police in Tamil Nadu busted an elaborate scam to sell counterfeit certificates for legal and engineering courses. The illegal operation only came to light when three would-be lawyers applied to register with the state’s bar association, which discovered that their credentials were in fact fake. 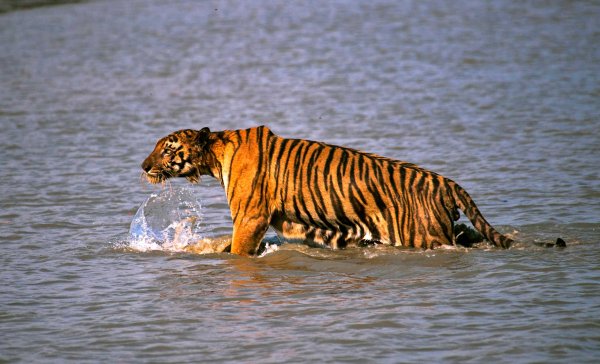 One of the Tiger's Largest Habitats Has Only 100 of Them Left
Next Up: Editor's Pick