Comments on the pending deal between the U.S. and Iran by Republican presidential candidate Mike Huckabee have sparked controversy after he compared the deal to “marching [Israel] to the door of the oven.”

Huckabee’s comments to the conservative website Breitbart, an apparent reference to the Holocaust that would seem to equate U.S. President Barack Obama with Nazi leader Adolf Hitler, immediately drew criticism from across the aisle, the BBC reports.

U.S. Representative for Florida and head of the Democratic National Committee Deborah Wasserman-Schultz called for an apology for what she called “cavalier analogies” to Nazi death camps. The National Jewish Democratic Council echoed that call, saying in a statement, “Republicans have fallen over themselves to speak out against Donald Trump’s outrageous rhetoric on immigration and veterans. Will they now do the same and speak out against this unacceptable attack against President Obama that smears the memory of Holocaust victims … or will they stand by in silence and implicit approval?”

Huckabee’s camp, however, chose to support his stance, highlighting the remarks in a tweet on Sunday:

Congress has until Sept. 17 to vote on the deal, which would trade nuclear proliferation limits for loosened economic sanctions. 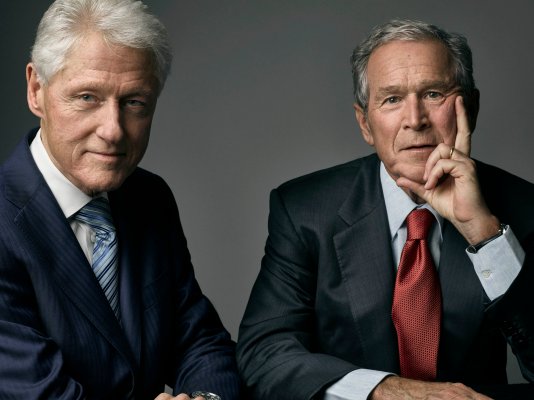 Bill Clinton, George W. Bush and the American Game of Thrones
Next Up: Editor's Pick