Following a tragedy that echoed the death of her mother, Whitney Houston, Bobbi Kristina Brown has died, PEOPLE confirms. She was 22.

The Houston family announced the news via a statement from their rep.

“Bobbi Kristina Brown passed away July 26, 2015, surrounded by her family,” the statement says. “She is finally at peace in the arms of God. We want to again thank everyone for their tremendous amount of love and support during these last few months.”

Bobbi Kristina’s death came nearly six months after she was found unresponsive in a bathtub in her Roswell, Georgia, home on Saturday, Jan. 31. She never fully regained consciousness and was being kept on life support following her near-drowning. In March she was moved to a long-term care facility in the Atlanta area.

In June, she was transferred to hospice after her condition “continued to deteriorate,” Pat Houston said in a statement on behalf of the Houston family at the time.

“We thank everyone for their support and prayers,” Pat, who is married to Whitney Houston’s brother Gary, said. “She is in God’s hands now.”

A Brown family source told PEOPLE Bobbi Kristina was “skin and bones” just prior to moving to hospice.

“She has been losing weight, she’s been losing hair. They were taking good care of her, but she has no muscle tone at all. There has been some worry that her organs are shutting down,” the source said.

Family members, including her “inconsolable” father, Bobby Brown, maintained a bedside vigil following her hospitalization.
Bobbi Kristina’s death comes just after Bobby became a father once again. He and wife Alicia Etheredge welcomed a daughter on earlier this month.

Recently, a source close to the Houstons told PEOPLE her family had been focused on making sure Bobbi Kristina “is at peace” and were taking things “one day at a time.”

“Her family is right there with her,” said the source. “They sing to her and talk to her. They just want her to feel that they are there by her side. They hold her hand a lot and pray with her too – even if she doesn’t know that they are there. In spirit, she knows. They have always tried to be there for her.”

Bobbi Kristina’s death comes more than three years after the Feb. 11, 2012, death of her mother, who was also discovered unconscious in her bathtub just before the 2012 Grammy Awards. An investigation later determined that the legendary singer died from accidental drowning, and a toxicology report found that she had cocaine, marijuana, Xanax, Benadryl and other medication in her system.

Several family insiders told PEOPLE that the death anniversary had hit Bobbi Kristina – who struggled with her own substance abuse issues – hard. On Jan. 26, she Tweeted about missing her mother, writing, “Miss you mommy … :’) SO much … loving you more every sec.”

Shortly after her mother died, Bobbi Kristina raised eyebrows when she went public with her relationship with Nick Gordon, who was raised as Houston’s son but was never formally adopted by the singer. Despite claiming that they had tied the knot last January, the couple were not legally wed, Bobby’s attorney said on Feb. 3.

Gordon and Bobby publicly traded barbs in the months following Bobbi Kristina’s hospitalization. Gordon claimed that Bobby was refusing to let him see Bobbi Kristina and Bobby’s legal team said that Gordon had to meet conditions in order to visit. During the ensuing drama, Gordon checked into rehab, which he completed in late April.

In June, Bobbi Kristina’s conservators filed a $10 million civil lawsuit against Gordon, accusing him of assaulting, fleecing and controlling her when they lived together.

On social media in the weeks before her hospitalization, Bobbi Kristina appeared to be enthusiastic about new beginnings, writing, “Let’s start this career up&&moving OUT to TO YOU ALLLL” 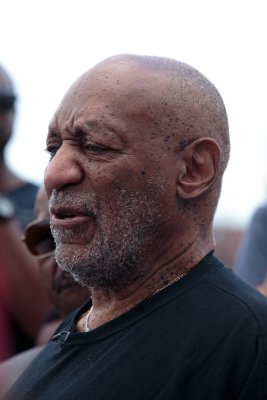