A woman from Charleston, W. Va., who shot and killed a man who attacked her last week may in fact have taken down a serial killer.

According to police, Neal Falls responded to the woman’s escort ad in Backpage.com on July 18, according to The Washington Post. When she answered the door, he turned violent, pulled out a gun, and attempted to strangle her, the woman, a sex worker who asked not to be identified, said.

“When he strangled me he just wouldn’t let me get any air,” she told KPTV. ” I grabbed my rake and when he laid the gun down to get the rake out of my hands, I shot him. I just grabbed the gun and shot behind me.”

Authorities say Falls arrived with multiple handcuffs and a “kill list,” which detailed a list of future victims—all sex workers who had placed advertisements on Backpage. Falls’ Subaru was stocked with weapons and tools, including a shovel, knives, a bulletproof vest, a machete, bleach, trash bags, sledgehammers, and axes.

At least six women have disappeared from Chillicothe, Oh., a community a couple hours outside of Charleston, in the last year. Four bodies have been found dumped in area streams. The killings have vexed area police, who have been unable to figure out who the murderer is.

“I don’t want to come out and say ‘yes, we have a serial killer,’ but it’s a small community that we live in … and the number of females who have come up missing, and then the bodies that we’ve found, that’s quite a bit for our community,” Staff Lt. Mike Preston of the Ross County Sheriff’s Department told The Washington Post last month.

Regardless, Falls’ “intentions were dark,” Lt. Steve Cooper of the Charleston Police Department said. “He made a deal with the victim to exchange money for her services as an escort … [but] he brought no money with him.” 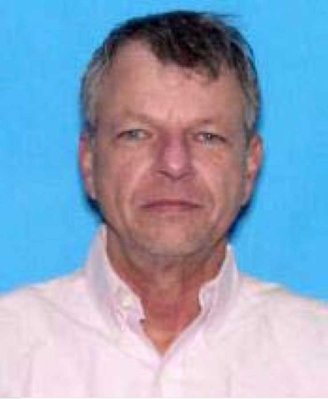 Theater Shooter Was Disturbed but Politically Ambitious
Next Up: Editor's Pick