Obama Sees Kenya as a Hotbed of Innovation — Not Terror

Africa “is on the move,” President Obama told the world on Saturday. Speaking in Nairobi at the U.S.-sponsored Global Entrepreneur Summit, Obama told an audience of international innovators, investors, businessmen and government officials that the continent’s best route out of poverty and away from extremism is through supporting entrepreneurship. “It’s the spark of prosperity. It helps citizens stand up for their rights, and push back against corruption,” Obama said, after greeting the audience in Swahili, one of the languages of his Kenyan-born father.

While Obama said that his trip to Kenya, a first for a sitting American President, was in part personal—“there is a reason I am named Barack Hussein Obama,” he quipped to a roar of laughter—one of the principal drivers of his visit is to increase security partnerships in a region threatened by terrorism. Innovation and opportunity, Obama said, are the antidote. “Entrepreneurship offers a positive alternative to the ideologies of violence and division that all too often can fill the void when young people don’t see a future for themselves.”

Obama launched the Global Entrepreneur Summit in 2010 to encourage young innovators with mentorships, training and funding. As co-host with Kenyan President Uhuru Kenyatta, Obama highlighted several Kenyan startups that are already changing the world, from crowd-sourcing platform Ushahidi to mobile banking innovation M-PESA. There are many more, he promised, and “each has the potential to be the next great Kenyan innovation.”

Obama didn’t have to look far for examples. In the audience was Erik Hersman, the American-born, Kenyan-educated co-founder of BRCK, a palm-size device that is changing how the developing world gets online. It’s a sturdy, battery-powered, portable server designed to deliver access to the Web for the estimated 800 million people in Africa who live off the Internet grid. The BRCK captures mobile phone signals using a data SIM card (which can be purchased anywhere in the world), and broadcasts it like a WiFi hotspot, even when there is no electricity. It’s water resistant, dust-proof and can survive being dropped on the ground. It will work wherever there is a signal, but is made for remote areas, as the logo printed on the back points out: If it can work in Africa, it can work anywhere.

“BRCK provides an ability to connect to content like we have never seen before,” said Erich Broksas, senior vice president for investment strategy at the Case Foundation, a Washington, D.C.-based philanthropic impact investment organization. Broksas, who was at the Summit scouting for investment opportunities, said that Kenyan innovations like the BRCK are appealing because they are designed specifically for their environment. “We see a lot of great ideas coming through a MIT development lab that don’t work in the real world. BRCK is a global solution designed for Africa, but one that can work just as easily in Palo Alto or Alaska.”

For the moment, however, Hersman is focusing closer to home. He has partnered with Kenyan digital learning startup eLimu to produce a tablet computer system designed for the country’s primary school students. When co-founders Nivi Mukherjee and Marie Githinji first launched their tablet-based learning app, they quickly understood that their biggest challenge wasn’t going to be the software, but the hardware. Existing tablets were not rugged enough for the rigors of primary school. They were expensive to replace and difficult to repair. Not all schools had electricity. Many also lacked Internet, so the software couldn’t be updated. They distributed two-dozen tablets loaded with eLimu’s interactive learning app to one school in the pilot program, only to return three weeks later to find the tablets locked in a closet.

Githinji and Mukherjee turned to Hersman for help. “We needed hardware that meets the functionality requirements, price point, and rugged shelf life of Africa,” said Mukherjee. Hersman and the eLimu team applied the BRCK philosophy to create a tablet computer sturdy enough to handle conditions in a Kenyan primary school. Then they built a portable kit that comes with one BRCK and 40 of those tablets, each nestled in a slot that provides contact-charging, which helps avoid tangled wires and broken chargers. Instead of loading software on each tablet, they loaded it onto to the BRCK, which then pushes the information to the tablets wirelessly. The BRCK itself can be updated remotely, via cellular signal. Even if it is not within mobile range, it can push content stored on the device to the tablets. As long as there is at least some electricity for a few hours a day, even if from a solar panel or a car battery, the whole kit can be charged up and ready for another school day.

The 40-tablet kit sells for $5,000—a fraction of the cost of most one-laptop-per-child programs. And there is a potentially huge market: The government of Kenya has committed $170 million to bring digital learning to its 22,000 primary schools by 2016, part of President Uhuru Kenyatta’s 2013 campaign pledge to improve the country’s education system. The Summit, said Hersman, will be a turning point for Kenyan startups. “Until now, the investment mindset has been ‘we will give you some money, but we really think of you as an aid recipient.’” By bringing in international investors, he said, the U.S. State Department is showing the world that “what is going on in Kenya isn’t just about safaris and slums and marathon runners. There are real businesses here providing real world solutions that have a global reach.” Echoing Kenyan frustration over being termed, by CNN, a “hotbed of terror,” Hersman evokes a better designation for his adopted country. Kenya, he said, is a hotbed of innovation. 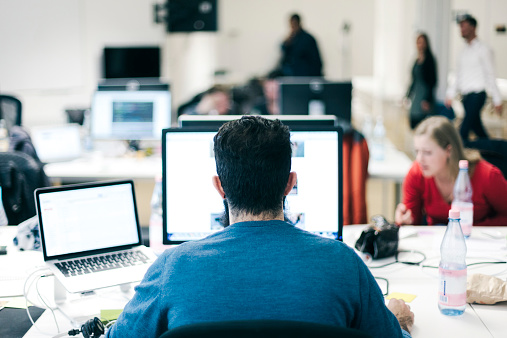 8 Free Online Resources That Will Help You Advance Your Career
Next Up: Editor's Pick