Northwest nonsense: Vaccine rates in Seattle are dangerously low
Edmund Lowe Photography; Getty Images/Moment RF
Ideas
By Jeffrey Kluger
Jeffrey Kluger is Editor at Large for TIME magazine and the author of ten books, including Apollo 13, Apollo 8 and two novels for young adults. He has written more than 40 cover stories for TIME on topics ranging from space to human behavior to climate to medicine. Along with others at TIME, Kluger is an Emmy nominee for the web series A Year in Space.

Nothing says First World city like Seattle does. Come for the cachet, stay for the Seahawks, and give a nod to the Starbucks and the Amazon and the mothership that is Microsoft just to the east. There’s nothing this so-hip-it-hurts town lacks, it seems—except perhaps for common sense. If you’re looking for that, the developing world is a far better bet.

That’s the inescapable conclusion on what should be a very good week for public health—and childhood health in particular—with the World Health Organization and other groups announcing on July 24 that Nigeria has gone a full year without a single reported case of polio. Pending further certification, the country will be removed from the dwindling list of countries in which the disease is endemic, leaving just Pakistan and Afghanistan. If Nigeria’s caseload remains at zero for two more years, it will be officially declared polio free.

How did the country that as recently as 1988 saw 30,000 children—a stadium’s worth—paralyzed or killed by polio every year achieve such a stunning turnaround? No surprise: vaccines—the same vaccines that have saved the lives and health of millions of children around the world, and the same vaccines that saw polio eradicated entirely in the U.S. in 1979.

Vaccine denialism is a perverse affliction of people who should be smarter than they act—the well-educated, high-income folks who know just enough to know too much, and to assume that simply because they haven’t seen a disease in a long time it’s gone away. And hey, if it does turn up, they’ve surely got the resources to deal with it.

That’s the reason that in the U.S., anti-vaxxers tend to cluster in wealthy, blue-state communities like Silicon Valley, New York City, Columbus, Seattle and it’s down-coast little sister Portland. It’s the reason too that the nonsense that animates the anti-vaxxers—the idea that vaccines are toxic or overprescribed or nothing more than a cash grab by big pharma and big government—is a lot likelier to gain traction in other wealthy countries around the world than in ones that have only recently done away with scourges like polio or are still struggling with them, and either way have images of sick or dying children still fresh in their minds.

“Polio is nonexistent in the states, so if you’re going to travel, it makes sense to do it,” said one Washington State resident interviewed by Seattle’s KUOW radio station on July 14. “We are doing vaccines based on our family’s needs, not based on what doctors say we need to follow.”

Never mind, too, that that the very reason polio is non-existent in the states is because people have been good about getting vaccinated and that, as an outbreak in an unvaccinated Amish community in 2003 showed, there is no virus in the world that isn’t just an incoming airline flight away. If it lands in a community where vaccine rates are low, it will find plenty of people to infect.

What’s more, while polio may indeed have been KO’ed in the states years ago, measles, mumps, rubella, whooping cough and more are all very much still at large, and outbreaks of those diseases have been on the rise thanks to the anti-vaxxers. The vaccination rate for measles, mumps and rubella specifically is below 90% among Seattle kindergarteners, dangerously short of the 95% rate needed to keep communities as a whole protected.

For most people, living in the developed world is a mere accident of birth and geography—a demographic freebie that gets you started in life far ahead of people born in less lucky places. Privilege can be part of that first world birthright, as can wealth and freedom and the opportunity for good heath. But smarts, it seems, have to be earned. That, clearly, is something Nigeria and Rwanda could teach Seattle. 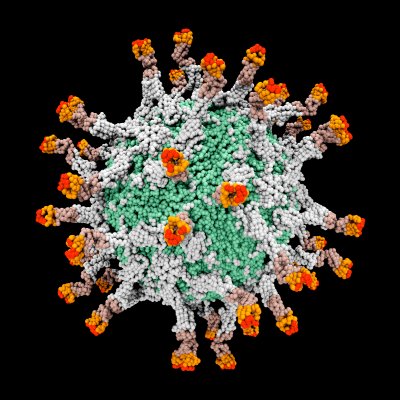 This Is How Nigeria Beat Polio
Next Up: Editor's Pick