Here's How Two Magicians Created an Illusion That Fooled the Internet

Right now, the United Kingdom is debating how to reform its National Health Service. It’s a big, complicated issue that’s getting plenty of politicians up in arms. Sometimes, the relentless news coverage can get dull.

So, lightening things up, magician duo Young & Strange hijacked a Sky News newscast about the National Health Service debate a few days ago by performing in the background. The cameraperson tries really hard to zoom into newscaster Ashish Joshi’s face and minimize their performance, but you can’t help but be impressed with how one magician seems to shrink the other’s body in a box.

The Internet went nuts over it. The only problem? It’s all fake. Sky News confirmed on Twitter that the video “is not a Sky News report.”

The clip was a stunt, cut from a longer video, where the duo tries to get their own show on British television. Ashish Joshi is a real Sky News reporter, but he was hired to act in the clip. 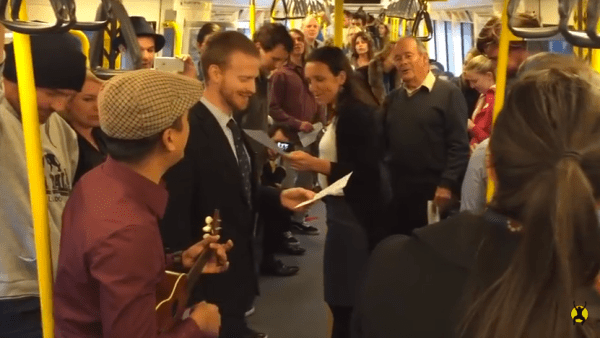 The Only Way to Make a Monday Commute Better Is a Spontaneous Singalong
Next Up: Editor's Pick