How to Decide Whether to Rent or Buy a Home

When determining whether or not you’re ready to be a homeowner, there are a number of factors to consider — several of which are personal, and hinge on exactly where you want to live.

“Many property experts would say that there are parts of the country where renting outweighs the costs of ownership,” says Brian Sergi-Curfman, a Realtor in Pittsburgh. “Potential buyers or tenants may find themselves in markets that are depreciating or, conversely, in areas where values have priced them out of the housing market. The decision to rent or buy should be influenced not only by market trends but by the client’s long- and short-term goals.”

Sheryl Grider Whitehurst, regional vice president for the National Association of Realtors, says home ownership rates are declining, having reached a peak at 69.4 percent in 2004. In the first quarter of 2015, the home ownership rate was 63.8 percent, which is the lowest it’s been since 1994.

“Young people are delaying buying a home due to student debt,” Grider Whitehurst says. “They just aren’t earning enough to carry a mortgage and the debt. Another factor is the economic crisis that occurred in 2007. People started losing their properties and have to get their finances in order to buy property again.”

And yet nationally, buying a home is 35 percent cheaper than renting, according to Trulia.com. With 30-year mortgage rates available below 4 percent, home ownership appears more affordable than many might think.

The economics of where you live certainly weigh heavily on the decision to buy or rent, but what other factors should you consider?

The pros and cons of renting

After 20 years of owning a three-bedroom, three-bath, two-story home on a steeply sloped lot, empty nesters Gay and Harry Stephens were ready to downsize. They now live in a two-bedroom, two-bath apartment in a building that was once an all-girls Catholic school in Newport, Kentucky.

“We wanted to rent because it’s easier to take care of and we have the ability to turn the key and walk away when traveling,” she says. “There’s no yard work, and someone else is now responsible when there are maintenance issues.”

Gay Stephens says the couple also likes their location and accessibility to favorite restaurants and entertainment venues in Northern Kentucky and downtown Cincinnati.

“I was surprised how much I enjoy urban living,” she says, adding that there are some negatives to renting, such as slow response times for repairs and not building equity through their housing costs.

Other disadvantages to renting can include unanticipated rent increases, non-renewal of a lease, and not being able to customize the living space.

“On the other hand, you’re not tied to the property nor do you have to come up with a down payment and closing costs to live there,” says Realtor Josh Bushner in Austin, Texas. “If you’re new to a city or not sure you’ll be there for longer than three years, I usually recommend renting until you’re certain you’ll be staying longer. Also, make sure coming up with a down payment won’t put you in a cash-strapped position. Take time to get familiar with a city and find neighborhoods that will meet your lifestyle.”

Elizabeth Cales of Clarksville, Tennessee, says that despite being financially secure enough to purchase a home, she’s happy to rent.

“It’s a buyer’s market here,” she says. “You can get a mortgage for $650 a month, which is what we pay in rent, but with my husband’s work we’re not sure we’ll be here in three years. We don’t want to take a loss on a house we might not be able to sell.”

Cales says one of her favorite aspects of apartment living is the close-knit community, so much so that the Angie’s List member gave her complex a positive review. “The neighbors are all close and it’s just nice,” she says. “I feel more secure having people around.”

The pros and cons of owning a home

Home equity is one of the biggest assets to buying instead of renting. In addition, most buyers can obtain tax benefits by writing off real estate taxes, mortgage interest, and specific closing costs, whereas renters don’t typically get federal tax deductions. Although, some states will offer a tax break for renters.

In addition, house renters often don’t realize that they’re paying the principle, interest, taxes, and insurance (and usually some extra padding for landlord repairs) in their monthly payments, which could be put toward building equity in their own homes.

Newlywed Leslie Radigan-Yodice of Albuquerque, New Mexico, initially thought she and her expanded family would move from an apartment into a rental home, but after figuring out the finances, they decided in the summer of 2014 that it was a great time to buy.

“My monthly payment is about $300 more, but we have a four bedroom, two-bath house with a garage,” she says. “I love that we’re building equity while creating a true home. And I love that I don’t have to walk across the street to do my laundry.”

Sometimes, the decision to own a home comes down to certain intangibles.

“While there’s definitely a strict financial answer to whether it’s better to rent versus buy, don’t discount the emotional part of the process,” says Deb Agliano of Re/Max Andrew Realty in Medford, Massachusetts. “For some people, it’s not a matter of what makes more financial sense, emotionally they want to know that they own their own home.”

Mary and Garret Goetzinger of Portland, Oregon, say owning their four-bedroom Craftsman is a welcome change after 15 years of renting.

“Being able to create your own space and freedom to design it however you want is a positive,” the couple agree, noting that they did have to move a little farther out than they anticipated to get the house they wanted. “Owning a home isn’t cheap, and we’re on the hook if something goes wrong.”

Handling the maintenance, upkeep and repairs is one of the biggest differences for Janice Pare and her husband Gordon Wichern, who recently purchased a three-bedroom Cape Cod in Arlington, Massachusetts.

“One other negative is the lack of flexibility to move whenever and wherever we want with just 30 days notice,” Pare says. “But we feel that being homeowners makes us more invested in our community, and we plan to get more involved in our new part of town.”

Deciding to buy a house is a big responsibility, and potential homeowners need to answer some serious questions before taking that leap, says real estate agent Dianne Hansen in Fairfax, Virginia.

“Will it give you a sense of pride?” she asks. “Are repairs stressful or something you’re willing to learn to do? How long will you be in the house? If it’s less than two years, it might not be worth buying. If you’ll be there five or more years, it’s a good bet.”

After weighing all the factors, it might come down to what will make you happy.

“If you’re not sure if you want to buy or rent, think about the enjoyment you will get out of owning your own home,” Hansen says. “If there isn’t any, you might want to rent for a few more years.”
Sergi-Curfman agrees, and says no one should frown upon the idea of renting.

“The American dream has always included the white picket fence surrounding a house in the suburbs, but for many people, this dream is really a myth,” he says. “Renting should never be looked at as inferior to owning a home. You and only you know your goals best, and it is incumbent upon any potential buyer or renter to seek out professional advice from people that they trust to give them a fuller financial picture of their current and future goals.”

Yet, Grider Whitehurst says despite the potential attractiveness of renting, most people want to own a home at some point in their lives.

“Overwhelmingly, Americans see home ownership as a good investment,” she says. “You have to pay to live somewhere — whether you rent or own. You just have to know when is the right time for you.” 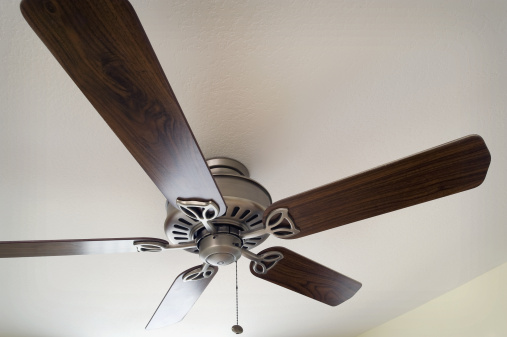 How to Save on Your Energy Bill
Next Up: Editor's Pick