Why Turkey Has Finally Declared War on ISIS

Turkish army tanks hold positions next to an outpost, near the border with Syria, on July 23, 2015.
Emrah Gurel—AP
By Rebecca Collard / Beirut

For almost two years, Turkish troops sat idly on the country’s shared border with Syria as Islamic militants increased their territory and fought on the frontier. The Turkish parliament voted in October to allow its military to join the fight against the Islamic State or Iraq and Greater Syria (ISIS) but little happened. Then, early Friday morning, a squad of Turkish F-16s struck ISIS positions inside Syria. It was a quick and significant change in the country’s actions toward the militants.

“ISIS and Turkey had a nearly two-year-long Cold War in which they avoided fighting, with the knowledge that their confrontation would lead to destruction on both sides,” says Soner Cagaptay, director of the Turkish Research Program at The Washington Institute. “That Cold War is definitely over.”

Turkey, a member of NATO, was already a signed ally in the fight against ISIS, but has done little to combat the militants or even restrict their access to Syria through Turkey. Cagoptay says this “open door policy” was meant to allow all fighters who want to oust President Bashar al-Assad into Syria. The Islamist-leaning government in Ankara maintains that Assad is enemy number one in Syria, not his opponents but the U.S.-led coalition has attacked ISIS and al-Qaida-linked groups in Syria but not the Assad regime.

“ The Turkish government thinks only fighting ISIS is just dealing with the symptom and not the cause,” says Hakan Altinay, a Senior Fellow at the Brookings Institute. Turkey sees the rise of ISIS as a result of Sunni discontent with Assad’s Alawite regime.

The bombing in the Turkish town of Suruc on Monday, which left 32 dead and the death of a Turkish soldier by ISIS fire from Syria on Thursday has made ISIS a immediate threat for the Turkish government. U.S. officials also said on Thursday the Turks have allowed American warplanes to use Turkish bases to attack ISIS.

Altinay says that the recent violence was only a trigger, ISIS’s strengthened position on the shared border and sustained pressure from the U.S. were also factors. “I think that there was one too many reasons to get into action,” says Altinay.

Turkish Prime Minister Ahmet Davutoglu said the operations against ISIS were not a one-off, but part of a broader strategy. Government forces also arrested more than 200 people in security sweeps across the country.

For some the question is why it took so long for the Turks to act against ISIS. Redur Xelil, a spokesman for the YPG, the Kurdish group fighting ISIS in northern Syria, has many times accused Turkey of siding with ISIS. “Turkey is helping ISIS and facilitating their moves in and out of Syria, as well as aiding them in logistics and other levels,” says Xelil.

Xelil says he doesn’t trust Turkey’s motivations, believing it to be more of political play than genuine desire to defeat the militants. “All this is connected to the policy of the Turkish state and its interest in pleasing the international community and the world by showing it is against terrorism,” says Xelil. “If the Turkish state was truly serious about fighting ISIS, it would have taken action the day the international coalition was formed.”

Turkey has fought a long and bloody war against its own Kurdish separatists. This has complicated the situation in southern Turkey where Turkish troops — many times targeted by the Kurdish separatists — decide what goes in and out of Syria. Some of the 200 people arrested in in these security sweeps were actually Turkish Kurds who were not suspected of being part of ISIS.

Some analysts speculated that Turkey might prefer ISIS to an independent Syrian Kurdish state on its border, worried it could further motivate Turkish Kurds to reignite their violent campaign for Kurdish sovereignty on Turkish territory. Just this week Kurdish militants claimed an attack that killed two Turkish troops.

But both Cagoptay and Altinay say the delay was Turkey’s desire not to bring the violence of the Syrian conflict onto its territory, despite already hosting more that 1.8 million Syrian refugees. “I think Turkey was between a rock and hard place,” says Altinay of the attempt to balance U.S. pressure to act while not spurring attacks by the militants.

US officials have stressed the importance of Turkey’s active participation in the coalition. Not only do does it have a better equipped and more capable military than the U.S.’s other regional anti-ISIS allies, but also bases with proximity to strategic ISIS locations which will be key for both surveillance and military action. “It’s game changing in that it has given the U.S. the military tool box,” says Cagoptay. 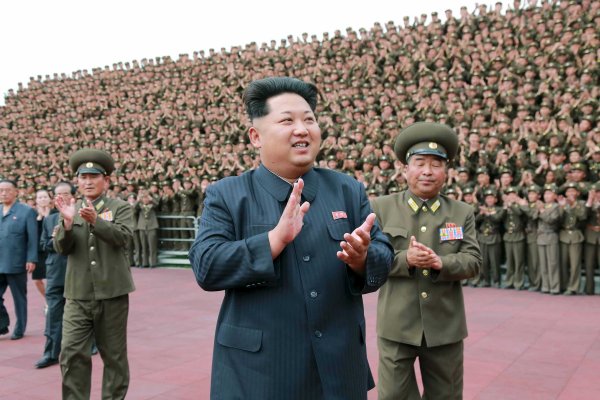